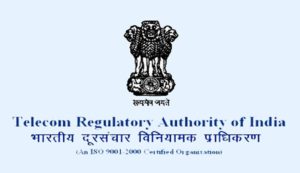 Telecommunication is the transmission of messages over significant distances for the purpose of communication. Devices used for telecommunications can convert different types of information, such as sound and video, into electronic signals. These signals then can be transmitted to different types of media such as telephone wires, or radio waves. Communication being an indispensable facet of human life, it becomes an important responsibility of the administrating authorities to ensure efficient system of proper connecting channels. India has one of the largest and fastest growing telecommunication networks attributable to the large number of user interface being offered. The rapid growth in Indian telecom industry has been contributing to India’s Gross Domestic Product at large. Telecom industry in India has witnessed a phased growth with the gradual descent of the private sector in this domain. Major sectors of the Indian telecommunication industry are telephone, internet and television broadcast Industry.

In the modern era dependent upon increased usage of telecommunication devices, it is essential to ascertain the credibility of the same before incorporating them as a part of our lives. The Indian Telegraph (Amendment) Rules, 2017, (hereinafter referred to as “Telegraph Rules”) mandate for testing of devices and equipment in order to ensure public safety.

The Telecommunication Engineering Centre, a nodal agency of DoT has been tasked to undertake Mandatory Testing and Certification of Telecom Equipment with a view to ensure that dissemination of safe telecommunication devices by imposing stringent measures requiring timely verification.