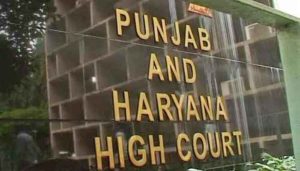 Brief overview:
In a landmark judgment, the High Court of Punjab and Haryana in the case of Shri Varun Gumber v. Union Territory of Chandigarh and others[1] held that fantasy sports games that require considerable skill, judgment and discretion are ‘games of skill’ and do not amount to gambling. Further, an appeal against this judgment was subsequently dismissed by the Supreme Court.

Facts of the case in brief:

Appeal against the High Court decision:

An appeal against the Punjab & Haryana High Court’s decision was filed in respect of which the Supreme Court passed an order dismissing the appeal on September 15, 2017.[2]

It is pertinent to note that dismissal of appeal by the Supreme Court means that the format of fantasy sports game evaluated and commented upon by the High Court of Punjab and Haryana holds good in law. However, this
does not mean that all the fantasy games ever developed would be games of skill. Further, it is worth mentioning that despite the dismissal of this appeal, the Supreme Court can in future take up the issue of whether a particular fantasy sports game is a ‘games of skill’ or not.