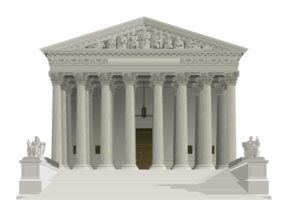 The Ministry of Corporate Affairs, vide notification number S.O. 2872 dated August 31 , 2017, has constituted a Special Court in Bihar to provide for speedy trial of offences under the Companies Act, 2013. 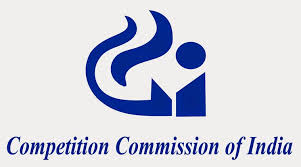 The Union Cabinet has given its approval to the proposal of the Finance Ministry to promulgate an ordinance to suitably amend the Goods and Services Tax (Compensation to States) Act, 2017.

The Ministry of Corporate Affairs, vide notification number S.O. 2872 dated August 31[1] , 2017, has constituted a Special Court in Bihar to provide for speedy trial of offences under the Companies Act, 2013 (hereinafter referred to as the “Act”). The Special Court has been constituted in pursuance to Section 435 of the Act, which provides that the Central Government may establish or designate Special Courts to provide for speedy disposal of offences under the Act.

A lot of scams have occurred in the corporate world in the past few decades. Delay in judgements affects the rights of the related parties of the companies. Section 435 was, therefore, introduced by the government to expedite the trial and disposal of cases which have piled up under the Act. As the Special Courts are exclusively constituted for companies, they are more effective and efficient than general Session Courts. Such a step is a welcome move to further improve the ease of doing business, enforce corporate governance and reduce the number of litigations pending at various courts.

Additionally, a proviso was added to Section 435 to state that all other offences shall be tried, as the case may be, by a Metropolitan Magistrate or a Judicial Magistrate of the First Class having jurisdiction to try any offence under this Act or under any previous company law.

As per Section 435, Special Courts are constituted by the Central Government by appointing a single judge with the concurrence of the Chief Justice of the High Court within whose jurisdiction the judge to be appointed is working. A person shall be qualified for being appointed as a judge of a Special Court if such person is, immediately before such appointment, holding office of a Sessions Judge or an Additional Sessions Judge.

Accordingly, the Central Government, in concurrence with the Chief Justice of High Court of Patna, designated the Court of Additional District and Sessions Judge, Patna as Special Court for speedy disposal of offences which are punishable with imprisonment of two years or more.

Other States where Special Courts have been notified:

The Ministry of Corporate Affairs has notified the Companies (Arrests in connection with Investigation by Serious Fraud Investigation Office) Rules, 2017, vide notification G.S.R. 1062(E) dated August 24th, 2017 (hereinafter referred to as the “Rules”.

The Central Government enforced the Rules, in exercise of the powers conferred under sub-Section (1) of Section 469 read along with Section 212 of Companies Act, 2013.<

As per the Companies Act, 2013, Serious Fraud Investigation Office (hereinafter referred to as “SFIO”) was established through the Government of India vide Notification NO. S.O.2005(E) dated July 21, 2015.

SFIO is a multi-disciplinary organization/team under Ministry of Corporate Affairs, consisting of experts in the field of accountancy, forensic auditing, information technology, law, investigation, company law, capital market and taxation for detecting and prosecuting or recommending for prosecution white-collar crimes/frauds. SFIO is headed by a Director, which is further assisted by Additional Directors, Joint Directors, Deputy Directors, Senior Assistant Directors, Assistant Directors Prosecutors and other secretarial staff. The headquarter being located a New Delhi, with 5 other Regional Offices at Chennai, Hyderabad, Mumbai, New Delhi & Kolkata

SFIO investigates serious cases of fraud as per the provisions of Companies Act, 2013, and forwards the investigated report to the concerned agencies for prosecution or appropriate action to be taken.

Provisions of “The Rules”

Introduction: The leniency policies adopted by Competition Commission of India and its counter parts all over the world, act as the most effective tools to detect, investigate and break cartels and restore healthy and free competition in the market. The amended Regulations have ensured more transparency and efficiency within the existing leniency laws.

Hard-core cartels constitute very serious violations of competition rules. They are often very difficult to detect and investigate without the cooperation of an insider. Leniency programmes are designed to give incentives to cartel members to take the initiative to approach the competition authority, confess their participation in a cartel and aid the competition law enforcers. The aim is to drive a wedge at the heart of a cartel through its trust and mutual benefit.[]

Cartels: Cartel formation is an arrangement by way of which the competitors in the market decide to ‘cooperate’ instead of competing. Together by market sharing, price fixing or bid rigging etc., they freeze market competition and discourage other players from entering into the market or increasing their profitability. Hardcore cartels were defined in the OECD Recommendation of the Council Concerning Effective Action against Hard Core Cartels, 1998 as “…anticompetitive concerted practice(or arrangement), by competitors to fix prices, make rigged bids (collusive tenders), establish output restrictions or quotas, or share or divide markets by allocating customers, suppliers, territories or lines of commerce.”

A cartel is the most draconian form of anti-competitive arrangement, not only because it is very difficult to detect or because it freezes the competition in the market, but because it heavily contributes to sky-high inflations levels subsequently leading to low living standards and a recessive economy. It is this very mischief of not being detected, that has given rise to the lesser penalty regimes all over the world. Once an application for lesser penalty is made by a member of the cartel the cartel can be investigated and broken.

The gravity of cartelization can be put into accurate perspective upon a bare perusal of Section 27 of the Competition Act, 2002 (“hereinafter referred to as “the Act”), which provides for a penalty of more than three times of the amount of profits made out of such agreement by the cartel or 10% of the average of the turnover of the cartel for the last preceding 3 financial years, whichever is higher.

These new Regulations have introduced many positive changes to the existing leniency regime which are discussed below:

The Union Cabinet has given its approval to the proposal of the Finance Ministry to promulgate an ordinance to suitably amend the Goods and Services Tax (Compensation to States) Act, 2017.

Due to the Cabinet’s approval to the ordinance the maximum rate at which the Compensation Cess can be levied will increase from 15% to 25% for the following businesses:

It is notable that after the passing of this ordinance, taking into consideration the fact that post introduction of GST, the total incidence on motor vehicles [GST+ Compensation Cess] has come down vis-a-vis pre-GST total tax.

The GST Council shall examine the issue regarding the increase in effective rate of Compensation Cess on motor vehicles in its future course of action.

In the recent order dated August 14, 2017, in Pradyuman bisht vs Union of India & Ors. (IA 10142/2015 arising out of Writ petition(s) (criminal) no(s). 99/2015), the Division Bench of Hon’ble Supreme Court comprising of Hon’ble Mr. Justice Adarsh Kumar Goel and Hon’ble Mr. Justice Uday Umesh Lalit, while recalling its earlier order which was initially to install CCTV cameras in two districts in every State/Union Territory, directed that it is desirable to install CCTV cameras in all subordinate courts and tribunals in such phased manner as may be considered appropriate by the High Courts. The order came on a petition moved by a man, who had sought audio-video recording of the trial proceedings of his matrimonial dispute to ensure a fair trial and that he was even willing to bear the expenses of installing such cameras.The

Hon’ble Supreme Court vide its order dated March 28, 2017 had directed, that at least two districts in every State/Union Territory (with the exception of small states/Union Territories where it may be considered to be difficult to do so by the concerned High Courts) CCTV Cameras (without audio recording) may be installed inside the courts and at such important locations of the Court complexes as may be considered appropriate. Monitor thereof may be in the Chamber of the concerned District and Session Judge. Location of the district courts and any other issues concerning the subject may be decided by the respective High Courts.

The Hon’ble Supreme Court had further clarified that the footage of the CCTV Camera will not be available under the R.T.I. and will not be supplied to anyone without permission of the concerned High Court. Further directed that the installation may be completed within three months from the date of the order and a report of such experiment be submitted within one month of such installation by the Registrar Generals of the respective High Courts to the Secretary General of the Supreme Court may have it tabulated and placed before the Supreme Court.

The Supreme Court pursuant to the said directions, has now received the reports from High Courts of Sikkim, Bombay, Andhra Pradesh, Orissa, Meghalaya, Chhattisgarh, Tripura, Punjab and Haryana, Allahabad, Patna, Rajasthan and Gauhati and noted that the CCTV cameras have already been installed in the jurisdiction of the eight High Courts while in the remaining four High Courts installation process is in progress. However, no reports have been received with regard to the remaining twelve High Courts.

Order of the Supreme Court:

It seems to be a significant move by the Apex Court to end the opacity and to increase the transparency in the proceedings before the Courts.