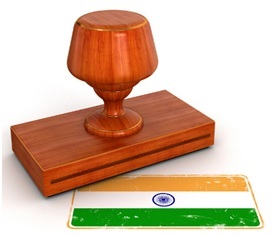 India became the first country to ratify the Marrakesh Treaty to facilitate access to published works for persons who are blind, visually impaired, or otherwise print disabled on June 24, 2014.Shri Dilip Sinha, the Permanent Representative of India to the United Nations, handed over the Instrument of Ratification to Mr. Francis Gurry, Director General, WIPO at a ceremony organized during the 28th Session of SCCR (Standing Committee on Copyright and Related Rights) at the headquarters of WIPO.

The Treaty was adopted by 79 member countries of the World Intellectual Property Organisation (WIPO) on June 27, 2013 and it will come into force once twenty countries ratify the same. The main goal of the Marrakesh Treaty is to create a set of mandatory limitations and exceptions for the benefit of the visually impaired and otherwise print disabled (VIPs). It requires contracting parties to introduce a standard limitations and exceptions to their domestic rules in order to permit reproduction, distribution and making available published works in formats designed to be accessible to VIPs and to permit exchange of these works across border organization that serve those beneficiaries.