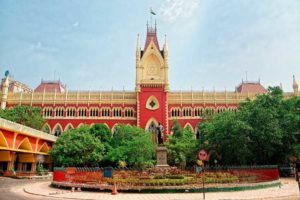 The Supreme Court by its judgement dated December 14, 2017, in the matter of Royal Orchid Hotels Ltd. v. Kamat Hotels (India) Ltd. & Ors. upheld the Madras High Court’s order dated February 11, 2015, favoring Kamat Hotels (India) Ltd. holding that Petitioner had not demonstrated that it was the first user of the logo/mark ‘Orchid’ and ‘Royal Orchid’ and that it is the Respondent who is the first user of the mark as arrived at on this conclusion by the High Court.

Issue
On appeal by the Respondents, the Issues framed by the High Court are as following;

The hon’ble Supreme Court observed that after discussion on the first question of the High Court goes to show that the conclusion recorded in the impugned order dated February 11, 2015 is based on a detailed consideration of the materials brought on record by both the parties. The conclusion that the Petitioner had not demonstrated that it is the Respondent no. 1 who is the first user of the logo/mark. The Hon’ble Supreme Court also did not find any fault in the understanding and the decision on that basis is that there was no inhibition in deciding the rival claims as far as registration in Class 42 is concerned. The High Court’s finding that the two logos/marks being similar would give rise to confusion amongst the customers using the Hotels.

Thus, the Hon’ble Supreme Court while dismissing the Petition held that having considered the matter and the conclusions reached by the High Court cannot be said to be, in anyway, unreasonable and/or unacceptable. Rather, the Hon’ble Supreme Court held that the view recorded by the High Court is a perfectly possible and justified in view of the matter and the conclusion(s) reached can reasonably flow from a balanced consideration of the evidence and materials on record. The hon’ble Supreme court held that it will, therefore, not consider the present to be a fit case for interference with the order of the High Court’.