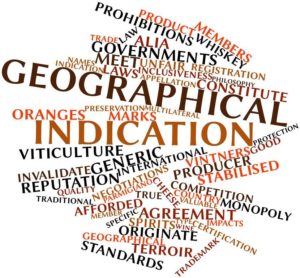 Assistant Registrar of Geographical Indications Registry, on March 15, 2018, issued an order excluding the state from the area officially demarcated for cultivation of Basmati and rejected its claim as being original and unique basmati growing region.

In February 2014, APEDA challenged the said order by contending that Madhya Pradesh does not fall within the ‘Indo-Gangetic Plain’.

Further, in February 2016, Intellectual Property Appellate Board ordered the GI Registry to grant recognition for basmati rice grown only in Punjab, Haryana, Delhi, Himachal Pradesh, Uttarakhand, and parts of western Uttar Pradesh and Jammu & Kashmir and ordered Geographical Indications Registry to reconsider afresh only the plea of inclusion of 13 districts of Madhya Pradesh.

Mr. Chinnaraja G Naidu, Assistant Registrar, Geographical Indications Registry, Chennai rejected the claim vide its order dated March 15, 2018, on the ground that the state failed to satisfy the fundamental requirement of “popular public perception” of basmati cultivation in Madhya Pradesh as the documents and evidence filed by the state showed the importance, special characters of rice cultivated in Madhya Pradesh but not the basmati cultivation in the traditional growing area.[1] Further Madhya Pradesh does not fall within the ‘Indo-Gangetic Plain’.

The said order is expected to impact not just farmers of 13 districts of Madhya Pradesh — Morena, Bhind, Gwalior, Sheopur, Datia, Shivpuri, Guna, Vidisha, Raisen, Sehore, Hoshangabad, Jabalpur and Narshinghpur but also companies which source significant quantities of basmati from MP and are selling products under the Basmati tag.

The Madhya Pradesh State government is most likely to challenge the said order in the Madras High Court.
Further farmers in Madhya Pradesh can continue growing the premium rice. However, it will not be called Basmati. The GI rights for basmati cultivation will be only limited to-

Various other states in India, have secured registrations for their traditionally grown premium rice. Details thereof are as under: