India: MCA designates Special Court in the State of Karnataka for speedy trial of cases 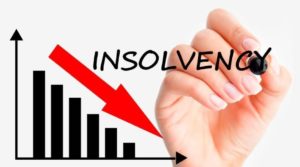 The Ministry of Corporate Affairs in exercise of the powers conferred by Sub Section (1) of Section 435 of the Companies Act 2013 (18 of 2013) (hereinafter referred to as the ‘Act’), vide Notification No. S.O. 3804 (E), dated December 4, 2017, along with the concurrence of the Chief Justice of the High Court of Karnataka, has designated a Special Court for the purpose of speedy trial of cases under the Act.

There have been many instances where the interest of the parties and companies in a trial are affected due to the lack of timely trials by the Courts. This has led to many cases being pending for years and years. In the meantime, we have the never-ending scams taking place across the country which has increased the need for setting up of Special Courts. The main reason for establishment of such Special Court is technicalities involved in these technical matters and Speedy trial of all the offences under the Act.

Constitution of Special Courts through the Act –

In light of the above mentioned Section 435, Special Courts are appointed by the Central Government by appointing a Single Judge with the concurrence of the Chief Justice of the High Court within whose jurisdiction the Judge to be appointed is working. A person shall be qualified to be appointed as a Judge of a Special Court if such person is, immediately before such appointment, holding office of a Sessions Judge or an Additional Sessions Judge.

Accordingly, the Ministry of Corporate Affairs, with the concurrence of the Chief Justice of the High Court of Karnataka, designated the LIX Additional City and Sessions Judge, Bengaluru City, for the speedy trial of cases which are punishable with imprisonment for a term of two years or more.