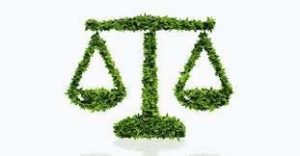 The Polluter Pays Principle was first introduced in 1972 by the Organization for Economic Cooperation and Development (OECD) Guiding Principles concerning International Economic Aspects of Environmental policies where under the polluter was held responsible for the environmental damage and pollution. Subsequently, the Rio Declaration laid down the guidelines for sustainable development meaning thereby a strategy to cater the needs of the present generation without compromising the needs of the future generation. In furtherance of the aim of sustainable development Rio Declaration Principle 16 of the Rio Declaration enshrined the Polluter Pays principle stating that the polluter should bear the cost of pollution.

View of the Indian Judiciary

The Indian Judiciary has incorporated the Polluter Pays Principle as being a part of the Environmental Law regime is evident from the judgments passed.

The Court interpreted the meaning of the Polluter Pays Principle as the absolute liability for harm to the environment extends not only to compensate the victims of the pollution but also the cost of restoring the environmental degradation. Remediation of the damaged environment is part of the process of ‘Sustainable Development’ and as such the polluter is liable to pay the cost to the individual sufferers as well as the cost of reversing the damaged ecology.”

The Court held that pollution is a civil wrong and is a tort committed against the community as a whole. Thus, any person guilty of causing pollution has to pay damages (compensation) for restoration of the environment and ecology.

Under the Polluter Pays Principle, it is not the role of Government to meet the costs involved in either prevention of such damage, or in carrying out remedial action, because the effect of this would be to shift the financial burden of the pollution incident to the taxpayer.

Although the Polluter Pays Principle has helped to mitigate the damage being caused to the environment to some extent, the provision remains an inadequate remedy as ambiguity persists regarding clear identification of the actual polluter. The polluter may a part of the “production chain” and it is difficult to impose the liability on such polluter when the courts consider the parameters of extent and contribution of causing pollution.

Moreover, under this principal, the amount of compensation to be charged for the restoration of the damage caused to the environment remains to be inadequate in comparison to the loss actually caused.

More effective and unambiguous provisions with regards to the implementation of the Polluter Pays Principle would be beneficial in the longer run.