Fahimuddin, an employee of S.S. Rana & Co., was part of the victorious Indian team at the 2nd T-20 Asia Cup Deaf Cricket Championship hosted by Bangladesh. Other than the hosts Sri Lanka, Nepal, India and Pakistan were the other sides, who competed for the championship.

Fahim, the moniker he is usually referred to by close friends and colleagues has been a cricket enthusiast for much his life, and along with four other members of the team are mentored by the famous Sports Authority of India coach M.P. Singh.

Additionally, as recently as last year, he was part of the team which won the National T20 Cricket Championship held at the Gymkhana Ground, Secundrabad. The tournament was organized by the All India Sports Council of the Deaf in association with the Delhi Association of the Deaf and received participants from a lot of teams from different corners of the country.

We at S.S. Rana & Co., are committed to our Equal Opportunity Policy and to provide work environment free of discrimination based on religion, belief, or any other physical or sensory disability.

Mr. Fahimuddin has been working with the firm for almost 3 years now and has been part of the firm’s cricket team in various corporate cricket matches. 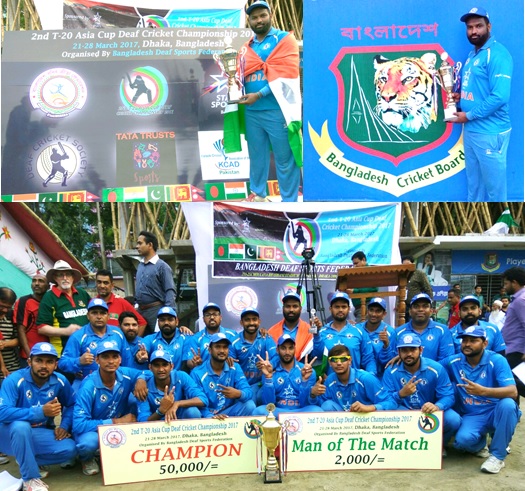