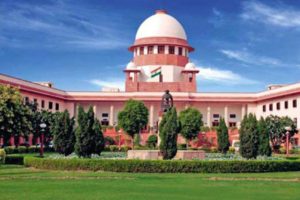 The Supreme Court issued an exemption order, a copy of which can be found over here, dated December 13, 2017, in a Public Interest Litigation filed in 1985 by environmentalist MC Mehta, in the case of MC Mehta vs Union of India[1] . The Supreme Court vide its order permitted the use of petcoke and furnace oil by cement industries in the states of Rajasthan, Uttar Pradesh and Haryana.

Relaxation on the Ban

A Bench headed by Hon’ble Justice Madan B. Lokur directed the Government to permit the use, and lay down regulations for use of petcoke and furnace oil and consult all stakeholders on the issue of import of pet coke. Ban has been relaxed on the use of petcoke for cement manufacturing, lime industries and on furnace oil for power generation.

The Ministry of Environment, Forest and Climate Change (hereinafter referred to as ‘MOEF”) had supported lifting the ban on use of furnace oil and pet coke for cement industry and thermal power plants on the ground that these two were used in negligible quantities by the cement manufacturers and power plants for non-fuel purposes.

The Hon’ble Court reiterated that the issue of air pollution affects all the states in equal measure, and thus the emission norms needs to be fixed by the MOEF for petcoke and furnace oil, which shall subsequently be applicable across the whole country.