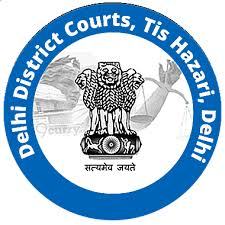 The Tis Hazari, Court in Delhi in the case of M/S. Orient Bell Limited Vs M/S. Royal Marketing & M/S. Orient Cera Tiles, granted a permanent injunction in favor of M/S Orient Bell Limited (hereinafter referred to as the ‘Plaintiff’) restraining M/S. Royal Marketing and M/S. Orient Cera Tiles (hereinafter collectively referred to as the ‘Defendants’ and individually as ‘Defendant no. 1’ and Defendant no. 2 respectively) from passing off goods bearing their trademark and copyright ‘Orient’, infringement of the same in any manner and a mandatory injunction for the destruction/erasure of labels, blocks, dies etc.

Thus, the suit was decreed in favor of the Plaintiff with relief of permanent injunction against both the Defendants and its agents who are restrained in passing off goods in the trademark and copyright ORIENT and its infringement of trademark and copyright by way of manufacturing, exporting, selling, exhibiting etc. in the said name.