We are thrilled to share that number of Trademark Applications filed in India has crossed the 5 Million mark!!  The trademark application numbered as historic 5000000, filed on June 10, 2021 with the Indian Trademark Registry is as under: 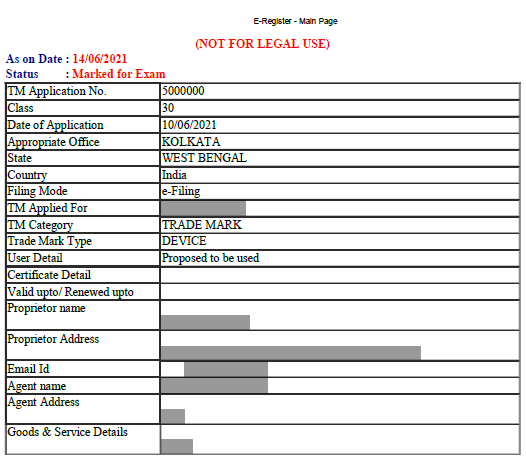 India is drastically transforming and aforesaid figures are a testimony of the same. More and more IP intensive companies and industries are emerging each day and now even Start-ups in India have commenced IP filings and are understanding the substance of IP protection.

A recent Report released by the Department for Promotion of Industry and Internal Trade (DPIIT), Ministry of Commerce and Industry[1], published figures indicating the number of Patents filed by Start-ups over the past few years and the same is illustrated below:

The aforesaid statistics showcase a gradual increase in Patent filings by Start-Ups every year. The Government of India through its various initiatives like the Start-up India Campaign and National IPR Policy has floated schemes and enacted legislative amendments which have made IP filings conducive by entities in India.