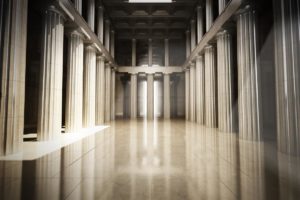 Taking a step further in the direction of digitization, the e-Courts programme of the Supreme Court of India added a new facility of sending automated emails to the litigants. As a first step, the trial Courts will now apprise the litigants about the exact status of their case through emails. The email would contain the details of the Court proceeding on the day the case happened and also the next date of hearing. The facility also includes a digital reminder to be sent before the day of hearing. The second step would be extending the facility to all the High Courts.

From now on parties in a suit will have to provide the Courts the email address on which they want to avail this facility. The Plaintiffs will do so while filing a case and Respondents will do it when they appear in the case for the first time. For ongoing cases, the litigants can submit their email addresses to be added to the Court records.

The step is expected to bring competence and transparency into the judicial system. Around 27 million cases are pending in Courts across the country, 2.81 million of these are in trial Courts. As the information would be given to the parties directly, it would also help the lower judiciary fight with the backlog of cases.
“It has come to our notice that on many occasions lawyers do not give their clients the correct picture of what happens in the Court and leave them clueless,” Hon’ble Justice Madan B. Lokur, who heads the Supreme Court’s e-courts committee, said.

Conceived by Supreme Court’s e-court committee, the mailing system comes two years after the panel began the National Judicial Data Grid, which is open to public and gives district-wise break up of pending cases. Thus, the committee designed a training program for the trial-court staff through which a group of officials were trained who will further coach their colleagues. These district system administrators and system administrators are experts in both hardware and software.