Imagine you open a shop for selling lawn tennis rackets, where the handle is patented by a particular company and the string required in the racket is patented by another.

In the streets of Delhi that are brimming with diverse street food vendors from chandni chowk to jama masjid, from chole bhature to gol gappas.

Recently, in an order passed by the Delhi High Court in the case of Vijay Kumar Salwani vs. Union of India, Hon’ble Justice JR Midha held that Section 25(3).

The onset of digitalization by the proliferation of internet has permitted people to explore the cyber-space for meeting various requirements of day to day life. The amount of data that is shared across internet today is beyond imagination. 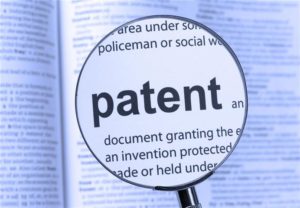 Imagine you open a shop for selling lawn tennis rackets, where the handle is patented by a particular company and the string required in the racket is patented by another. So, in order to have a complete racket, you will need a license from both these companies. Now suppose one of them refuses to grant you the license for undisclosed reasons and the other is offering a price too high. Well, you’ll have no option except to not open a shop for selling lawn tennis rackets. But what happens if the same issue comes up with something that we all use in our day to day life!>
In the case of Microsoft Corp. v. Motorola Mobility, Inc[1] the uphill task of defining Standard Essential Patents (SEP) was attempted by the court where they said that, a given patent is essential to a standard if use of the standard requires infringement of the patent, even if acceptable alternatives of that patent could have been written into the standard. This simply means that to reach a specific standard in a product there is a requirement of a certain element within the product which is patented by someone. And to decide what the standard is, there are standard setting organizations (SSO), which see to it that the licensing of those patents happen at fair, reasonable and non-discriminatory (FRAND) prices.>
First let us try to understand the status of SEPs in Indian law from the perspective of last year’s Delhi High Court judgment in the case of
Koninklijke Philips Electronics N.V. vs. Rajesh Bansal And Ors.[2] In this particular case, the patent was on a channel decoding technology used for video playback function in a DVD player that the plaintiff’s claimed was used by the defendants without taking a license from them. The court gave the order in favor of the plaintiff, but certain issues came up which are yet to be answered. Here we will only be focusing on the part of the case that deals with SEP.>
There are two points to begin with. Firstly, the court accepted the standard presented by the plaintiff even though it was not recognized in India, simply on the basis that they could map the patent to the standards. Secondly, the mapping plaintiffs showed was based on their US and EU patents’ mapping to some relevant standard, despite the fact that their patent in India, USA and EU were different. This is something that raised criticism from several legal experts. What made the court accept the two major arguments regarding the standard that the plaintiff presented? It is because there is an unsaid tendency to reside on foreign certification, or as one can relate to the typical Indian mindset, that what is accepted in a foreign country might just be correct. Now the question arises whether Indian SSOs, be it governmental, semi-governmental or private, should reside upon foreign SSOs? A closer look at some of the SSOs will extensively elaborate over this idea. >
So, what happens in this case is that all the competitors in a market sit together and decide what common standard they are going to use, and it should be the same for everyone. Taking an example of the telecom industry, the Code Division Multiple Access (CDMA) and Global System for Mobile Communication (GSM) are two basic technologies in the industry. Now the products they run are electronic chips, keypad, microphone, display, software etc. which are further part of a laptop such as display, keyboard, mouse, camera, Bluetooth, USB port, motherboard, battery, operating system and other application software etc. Enterprises manufacturing telecom products have to develop interoperable products so that finally all products can be assembled together, thereby ensuring vertical and horizontal compatibility. Both technology owners and manufacturers are stakeholders in the standard setting process. A standard is formulated after clearing objections of major stakeholders, and the commercialization takes place accordingly.
[3]
A major issue that arises with standards is that there is no hierarchy on which one should be prioritized over the other, an issue that was seen in the Phillips case. Is it mandatory to have a standard certificate from an Indian SSO or not, and if not then in what circumstances? These are questions that the court was silent upon. Further, several countries like Germany or USA, have adopted specific models to determine standards in a specific industry. Whereas despite endorsing pro-competitive benefits of standards by S Raghavan committee in their report on Enacting Competition Legislation, there was no adoption of a specific policy in India.[4] This is why both public and private standard models seem to be adopted depending upon the convenience, which has raised several competition law issues that in most cases collide with the patent law.

In the streets of Delhi that are brimming with diverse street food vendors from chandni chowk to jama masjid, from chole bhature to gol gappas. One of the famous eateries claims Intellectual Property Rights infringement of the city’s favorite ‘Chur Chur Naan’. The Delhi High Court tries the question as to whether the phrase ‘Chur Chur Naan’ can be protected under the Intellectual Property Rights regime.

CONTENTIONS OF THE DEFENDANT

In light of the discussion above we can conclude that various descriptive terms such as ‘CHUR CHUR NAAN’ which essentially describe the nature of the product and other food item names that are widely used by various eateries throughout the country cannot enjoy a monopoly regarding the same. However the names should be distinct to the extent that a consumer can differentiate between different vendors, so as to not case customer deception and confusion. 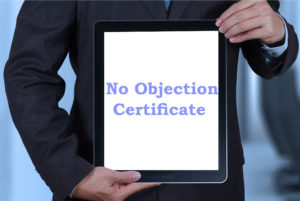 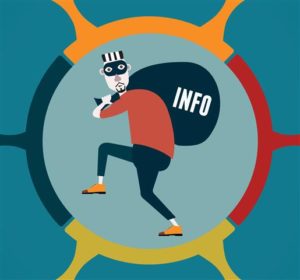 The onset of digitalization by the proliferation of internet has permitted people to explore the cyber-space for meeting various requirements of day to day life. The amount of data that is shared across internet today is beyond imagination. From ordering a cab to ordering food to booking tickets for travel to shopping to communicating with friends to making new relationships everything can happen with just a tap of finger and sharing of information.

However, one storm that is threatening the digital space is data breach. The World Economic Forum 2019 global risk report[1] has named cyber-attacks and data breaches as the fourth and fifth most serious risks facing the world today. It’s the second year in a row in which these threats have been present in the top five list of risks.[2] Past few years can easily be considered as the year of data breaches as many global websites complained of data breach. In the era of digitization data breach is happening at such a level, that keeping a count of such instances is almost impossible. Therefore, it is important to know the current safeguards against data breach and also what does future holds to fill in the gaps of current safeguards.

Current Status of Data Protection: In Case of Data Breach

Currently, this is the only section that deals with Data Protection in detail. The Section provides for imposition of liability on a body corporate as further defined in the Section, who is involved in dealing with sensitive personal data, in case there is a breach of the same due to lack of implementation of preventive measure on its behalf. A maximum liability of Rs. 5 Crore has been mentioned in the Section.
The Future of Data Protection: Steps to be Taken to Deal with Data Breach under Draft Personal Data Protection Bill, 2019

With the intent of being a jurisdiction having a comprehensive Data Protection Law to dedicatedly deal with the instances of data breach, the Draft Personal Data Protection Bill, 2018 was released in 2018.

In case of a data breach the first question that comes to mind is that, who will be accountable for such a breach. The answer to this question has been glimpsed in Section 11 of the Draft Personal Data Protection Bill, 2018 (hereinafter referred to as “the Bill”), the Section provides,

Section 32 of the Draft Personal Data Protection Bill, 2018 provides the steps that would be mandatory for the Data Fiduciary and the Data Processors to take, in case a data breach takes place. A closer study of the Section throws light on the fact that a great duty will be imposed upon the Data Fiduciary, their liability of the duty can be basically divided into three folds,

Case in point: Facebook data breach
Introduction Recently a data breach that left the whole globe in shock was the Facebook data breach. It was estimated that about 50 Million accounts were affected by the said breach. This was a first of its kind attack in the 14 years history of Facebook, where the attackers were able to have access to the complete accounts of the users, they could see everything that was present in the accounts of the user, including all the third party applications that were linked to Facebook, such as Instagram. Spotify, Tinder, etc. However, it has not been ascertained whether the attackers did or did not have access to the personal messages of the users.
Series of events
The data breach of Facebook occurred when the “View as” feature of the Facebook, which enables a user to see this profile as it would appear to another user viewing it, was hijacked. The upload video option on Facebook that was introduced to enable easy uploading of birthday videos was converted to “view as” option. When this view as option was clicked, it generated an access token, which was used to gain access to the accounts of the users.
As soon as this bug was detected, steps were taken by Facebook, but till then it was too late. Around 90 million people were logged out of their accounts in order to mitigate the damage. 50 million were the ones who were affected and 40 million were the ones who were anticipated to be affected.
The hackers that were involved in the said data breach have not yet been identified.
Legal implications
The widespread network of Facebook has attracted liability from various jurisdiction. A probe has been initiated by the European Union Authorities, into the said data breach. It is being anticipated that there is a possibility that Facebook might be face a fine of 1.63 Billion Euros.
[3]Case in point: Instagram Data Leak
Nearly 49 Million Instagram accounts were affected by a data leak that took place in 2019, a lot of Instagram influencers, such as food bloggers, lifestyle bloggers were affected by the same. Various information of the users such as their biodata, profile picture, number of followers, location by city and country, contact information such as e-mail i.ds and phone numbers, were leaked. The said information was available on Amazon Web Service, without any passwords.
The investigation led to a Mumbai based company called Chtrbox, which provides the information as to how much a person should be paid to advertise on their Instagram page, based on their number of followers, engagement, reach, likes and the shares they have. Subsequent to these events, Chtrbox took their database offline.
Investigation is still being conducted on the said data leak, as many users who had never been in contact with Chatterbox also alleged that their data had been leaked.