Legal Compliance check for your Home Bar in Delhi 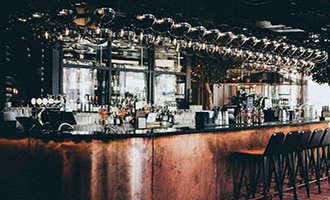 Recently in Delhi, an FIR was filed against a man for storing 132 bottles of liquor at his house, containing 51.8 litres of whisky, vodka, gin, rum, and 55.4 litres of beer, wine. The recovered quantity of liquor was allegedly beyond the permissible limit as prescribed under Rule 20(a) of the Delhi Excise Rules, 2010[1] which permits an individual aged above 25 years, to possess Indian and Foreign Liquor as follows:

The FIR was filed under Section 33 of the Delhi Excise Act, 2009[3]. However, accused filed a petition under Section 482 of the Code of Criminal Procedure, 1973[4] at the Delhi High Court in the case titled as Avijeet Saluja v. State of NCT of Delhi[5] seeking quashing of the FIR. The counsel for the accused (petitioner), stated that there has been no violation of the Delhi Excise Rules, 2010 informing the Hon’ble Court that there were 6 adults above the age of 25 years residing at the petitioner’s residence and relying on Rule 20(a) of the said Rules, the maximum limit for individual possession of Indian and Foreign Liquor i.e. whisky, vodka, gin and rum was 9 litres, and for wine, beer was 18 litres.

The Hon’ble High Court allowed the petition and quashed the FIR as there was prima facie no violation by the petitioner of the Delhi Excise Act, 2009 as the quantities of alcohol recovered from the residence of 6 adults, all above the age of 25 years, were within the permissible limits of the of Delhi Excise Rules, 2010.

Karanveer Singh, Junior Associate at S.S. Rana & Co. has assisted in the research of this article.