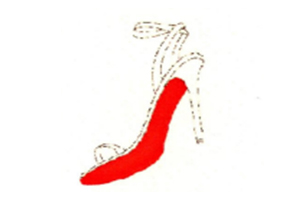 Color has always been one of the most important aspect of fashion brands. In fashion industry color is known to impart a meaning to the design. It is many times the color that gives the unique identity to the fashion products. Christian Louboutin’s‘Red Sole Shoes’ are not just shoes but a fashion statement for women around the globe. According to Louboutin, who has painted the soles of his shoes red since 1992, ‘red implies sensuality — and serves as a crafty, subtle branding tool. I selected the color because it is engaging, flirtatious, memorable and the color of passion.’[1]

The European Union (EU) Court’s Advocate General Maciej Szpunar in his opinion specified that the trademark of Christian Louboutin, Pantone18 1663TP, was a combination of color and shape, and therefore, could be refused or declared invalid on the grounds of EU trademark law. He also noted that his analysis relates exclusively to the intrinsic value of the shape and take no account of attractiveness of the goods flowing from the reputation of the mark or its proprietor.
Since the time Louboutin grabbed his assistants red nail polish and applied it to the outsole of a shoe because he disliked the design a quarter century ago, red sole became his signature design for all the shoes manufactured under his mark.

The primary goal of trademark law is to protect consumers from being confused about the ‘origin and quality of the product’ and giving a unique identity to the goods. Color Trademarks is a point of discussion in different countries, each one dealing with the issue differently. In the marketplace today, colors are playing a very important role in the world of fashion. Sometimes the distinctive feature in a design is conferred by color. Article 15 (1) of the Agreement on Trade-Related Aspects of Intellectual Property Rights (TRIPS) redefined the definition of trademark law to encompass
‘any sign…capable of distinguishing the goods or services of one undertaking from those of other undertakings’. This allowed a non-conventional trademark i.e. Color category to be given trademark protection.

Therefore, what is tested while giving exclusive rights in cases like these is how closely related is the specific color to the design? And whether the relevant consumers are capable of instantly recognizing the color being uniquely associated with the design or not? Details of different jurisdictions dealing with the issue of Color Trademark is discussed below:

Lastly, a gist of all the information stated above is summarized in the table below for readers convenience.

The European Court of Justice’s (ECJ) verdict in this case would have a wider impact. It would be interesting to see whether the ECJ would agree with Advocate General Szpunar’s Opinion or would go against it? Keep an eye on this space for more updates on the case.