Hon’ble Mrs. Justice Mukta Gupta, of the Delhi High Court  passed an order dated October 13, 2020 in CS (COMM) NO. 447 of 2020 titled as ‘Mattel Inc. v. Present Enterprises and Ors’ and  directed the Defendant No.4,  Flipkart to remove the listings which relate to the advertisement and sale of the products which violate the copyright of the Plaintiff i.e. Mattel in the six characters of the ‘Rainforest Family’. 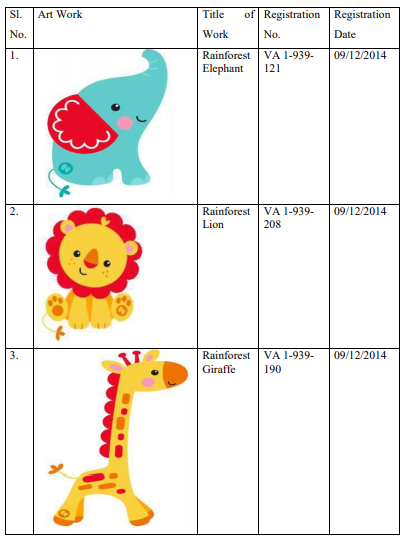 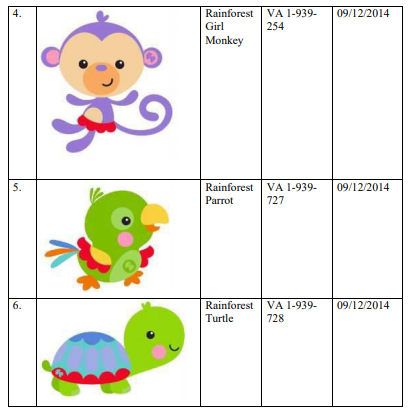 In the present suit, the Plaintiff claims infringement of its copyright in respect of its six characters of ‘Rainforest Family’, as also passing off the goods of the Defendants as that of the Plaintiff’s by using trademark ‘KICK AND PLAY’ as also the violation of the shape mark of its ‘KICK AND PLAY’ baby gym.

The Plaintiff argued on the provisions of Section 40 of the Copyright Act, 1957 that deals with the power to extend copyright to foreign works. Plaintiff submitted that the series of the six cartoon animal characters were granted copyright in the jurisdiction of the United States of America and by way of the official order dated March 24, 1999, would also extend to the Indian jurisdiction in respect of International Copyright.

The Court observed that a bare perusal of the six characters shows that they have been uniquely prepared with the unique colour combination which is attractive and appealing to the children and by virtue of Section 40 of the Copyright Act, registrations in favour of the Plaintiff in respect of six characters in USA would also extent to India in terms of International Copyright order notified in the Official Gazette on March 24, 1999. In view thereof, the Hon’ble Court was pleased to pass the following order in favour of the Plaintiff:

At present, Flipkart, i.e. after complying with the order dated October 13, 2020 in the present matter, preferred an application under Order 10 Rule 1 seeking deletion of its name from array of parties as it has complied with the direction of the Court. The said application is still pending adjudication before the Hon’ble Delhi High Court.