Process of Registration Under the Punjab Shops and Commercial Establishments Act, 1958 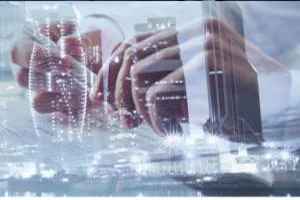 The Punjab Shops & Commercial Establishments Act of 1958 is applicable in the State of Haryana. The Act provides for the regulations of the payment of wages, terms of services, work hours, overtime work, rest intervals, opening and closing hours, closed days, holidays, leaves, maternity leave and benefits, work conditions, rules for employment of children, records maintenance, etc. and the main objective of the act is to protect the main objective of the employees and provide a legal framework for the enforcement of their rights.
An establishment can be either a shop or an establishment. A shop under the definition provided by the act means any premises where any trade or business is carried on or where services are being rendered to the customers and may include offices, storerooms, godowns, warehouses, whether in the same premises or otherwise, used in such connection with such trade or business, but does not include a commercial establishment or a shop attached to a factory. A commercial establishment on the other hand refers to a premises wherein any business, trade or profession is carried on for profit such as a commercial or trading or banking or insurance establishment, an establishment or administrative service in which persons employed are mainly engaged in office work, a hotel, restaurant, boarding or eating house, a café or any other refreshment house, a theatre or any other place of public amusement or entertainment.

Every establishment except the ones exempted are required to register and be governed by the provisions of the Punjab Shops and Commercial Establishments Act. Every employer seeking to get their establishment registered shall send a proper statement to the prescribed authority along with the prescribed fees which might be applicable according to the conditions mentioned under this act. The statement should contain the following details:

It is the responsibility of the employer to notify the prescribed authority of any change in the circumstances or statement of the establishment within a period of seven days after the change has taken place. The authority on the receipt of such notice shall check or inquire into the correctness of the changes and if the authority is satisfied it may make the necessary changes in the registration certificate or issue a new one, if necessary.

The Act also provides that if any of the condition mentioned under this section of the Act dealing with namely ‘registration of establishments’ is not complied with or the employer fails to comply with the provisions then the employer may be liable, if found guilty, to a fine. The minimum value of this fine is one thousand rupees but may also extend up to three thousand rupees along with the prescribed registration or renewal fees, whatever the case may be.

There are certain establishments and people on whom the Act of 1958 is not applicable and are exempted under it. These include:

1) offices of, or under the Central or State Government (except commercial undertakings), the Reserve Bank of India, any railway administration or any local authority;
2) any railway service, air service, water transport service, tramway, postal, telegraph or telephone service, any system of public conservancy or sanitation or any industry, business or undertaking which supplies power, light or water to the public;
3) railway dining cars;
4) offices of legal practitioners (lawyers);
5) any person employed in the businesses of any establishment mentioned above;
6) any person whose hours of employment are regulated by or under the Factories Act, 1948, except the provisions of sub-section (3), (4) and (5) of Section 7 of this Act in so far as they relate to employment in a factory;
7) any person whose work is inherently intermittent;
8) establishment of stamp vendors and petition writers.

This in whole summarises the process of registration under The Punjab Shops and Commercial Establishments Act, 1958 and the provisions that employers need to follow and the establishments that are exempted under it.