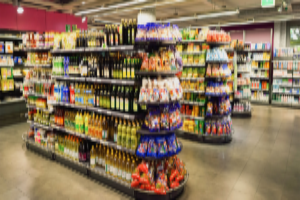 It is one of the most important types of regulation under which an establishment or a shop for commercial use is required to register and comply with the provisions of the said Act. The objective of the Act is to consolidate and amend the Law relating to the regulation of conditions of work and employment in places such as shops, establishments, etc.

It is necessary for every employer of an establishment to register under this Act if that establishment exist and, or is operating in the State of Telangana.

The registration certificate is valid from the date on which it is being issued up to the 31st Day of December following.

If any change has to be made by the employer in the particulars of the statement that has been provided by him to the Inspector, then the said employer should give his intimation to the Inspector within fifteen days after the change has taken place. The inspector therefore on the receipt of such intimation, along with the fees prescribed, make the changes in the register of establishments and therefore amend the registration certificate or issue a fresh one whatever the case may be.

The application of renewal of the registration certificate has to be made to the Inspector in not less than thirty days before the expiry of such registration. After this period penalty may be levied as prescribed from time to time by the Government.

Revocation or Suspension of Registration Certificate[5]

The revocation can also happen if the employer has voluntarily or wilfully contravened any the provisions of the Telangana Shops and Establishments Act, 1988.

An appeal may be made by the aggrieved person (employer) to any authority prescribed under this Act within thirty days from the date on which the order of revocation or suspension is communicated to him. The appellate authority should dispose of the appeal within two months and shall provide the appellant with a reasonable opportunity to be heard.

If the appeal is ruled in favour of the appellant, then the registration status of the employer (appellant in this case) would be restored by the competent authority.

This in whole summarises the process of registration under the Telangana Shops and Establishments Act, 1988 and the time period prescribed for various stipulations.