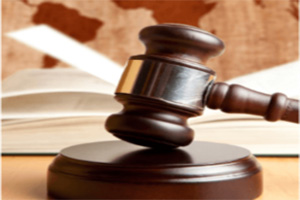 In 1993, the Government of India ratified the Convention on Elimination of All Forms of Discrimination against Women (“CEDAW”),[1] following which the Supreme Court has now incorporated basic principles of human rights enshrined in the Constitution of India as under Article 14, Article 15, Article 19 (1) (g) as well as Article 21, along with the provisions of CEDAW.

In 1997, with the passing of the groundbreaking judgment in the case of Vishakha v. State of Rajasthan,[2] the Hon’ble Supreme Court for the very first time, laid down guidelines for preventing sexual harassment at workplace. These guidelines enumerated by the Court were to be treated as the law declared under Article 141 of the Constitution.

These guidelines went on to form the basis of the Sexual Harassment of Women at Workplace (Prevention, Prohibition and Redressal) Act, 2013 (“POSH Act”).[3] The POSH Act amplified the definition of the workplace to include informal sector, containing domestic workers. It extends protection to all workers in the public as well as the private sectors including health, sports, education, government institutions, and any other place visited by the employees through the course of her employment.

With the widespread outrage during the #MeToo movement, people have become more sensitized towards the issue of sexual harassment, especially at workplace, and the corporations have become much more alert so as to avoid any reputational damage to their company, lawsuits, vicarious liability of the employers, while also retaining their staff members.

Compliance with the POSH Act in Corporate Sector

As per the POSH Act, certain mandatory measures are to be enforced by the employers in order to defend the interest of women at workplace. These include:

In case of grievance not being resolved internally, the ICC is under a duty to forward the same to the District Officer.

Furthermore, the Hon’ble Delhi High Court in  M/s Air France India and Anr. v. Ruchika Singh Chhabra[5] laid down that “…the ICC should be constituted in strict compliance with the requirements under law…”

An aggrieved employee may submit a written complaint to the ICC within a period of three months from the incident. However, the ICC has the authority to condone any delay in submitting the complaint beyond this three months period.

It is pertinent to be noted that the Ministry of Corporate Affairs vide its notification dated July 31, 2018, amended the Companies (Accounts) Rules 2014,[7] on a request by the Ministry of Women and Child Welfare. As per the Amendment, it is now compulsory for every company to disclose that all the provisions of the POSH Act have been properly implemented. Furthermore, in case of any non-disclosure, a company can be made liable in accordance with Section 134 of the Companies Act, 2013. The section now includes “A statement that the Company has complied with provisions relating to the constitution of Internal Complaints Committee under the Sexual Harassment of Women at Workplace (Prevention, Prohibition and Redressal) Act, 2013.”[8]

Sexual Harassment and Work from Home

In the ‘new normal’ of the virtual work spaces with a major chunk of the corporate sector ‘working from home’, the menace of sexual harassment still exists. The POSH Act covers against any such act committed in the ‘workplace’. The workplace defined under the act talks about only the physical environment and not the virtual one. This leaves a major loophole in the application of the act in instances of virtual sexual harassment of employees.  However, if relied on the intention of the legislature, it may be presumed that ‘home’ may be construed as an ‘extended workplace’ and sexual harassment of an employee in this environment, fall within the purview of the POSH Act.

While keeping this key issue in sight, a more advanced redressal mechanism is required to be adopted by the corporations and monitor its implementation.

Even though the corporate sector is rapidly developing in India, the nuisance of Sexual Harassment has not been completely eliminated. Decades after passing of the Vishakha Guidelines and years after the enactment of the POSH Act, aggrieved employees still find themselves in a position of vulnerability and helplessness.

The existence of instances of sexual harassment in a workplace considerably undermines the quality of working culture, mental stability of employees, and ultimately jeopardizes the standards of the work being done. It is high time for each and every organization to responsibly adopt an all pervasive policy and ensure its implementation and strict punishment to the offenders.

To know more about Labour Law in India, read below: