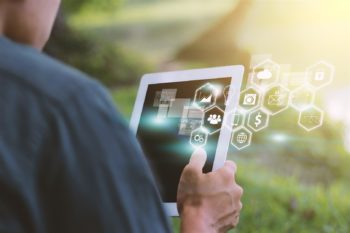 By Pooja Thakur and Pranit Biswas

The subject of statutory licensing of copyrighted material, is one which has been the subject of much debate over the last few years. As such, the same was also scrutinized in depth by the Department for Promotion of Industry and Internal Trade (DPIIT), which had made several proposals vide the Draft Copyright (Amendment) Rules, 2019 (please refer to our earlier article in this regard at https://ssrana.in/articles/internet-broadcasting-statutory-license-section-31d-copyright/).

The issue of statutory licensing under copyright law has now once again come under the public lens, due to the recent legal tussle between the global media and entertainment behemoth, Sony, and KAL Radio. Sony dragged KAL Radio before the Hon’ble Bombay High Court, inter alia alleging infringement of broadcasting rights.

The Plaintiff in this case is Sony Music Entertainment India Private Limited (‘Sony India’), a part of the famous global entertainment and electronics conglomerate.

Sony India is the owner of, inter alia, various sound recordings and other media.

The Defendant No. 2 in this case is Sony Music Entertainment (“Sony Music”), a New York-based music label which acquires, owns and controls copyright in various works and distributes music in various genres. Sony India is Sony Music’s exclusive licensee in India for the international music and sound recordings in which Sony Music has copyright. As noted by the venerable Justice Mr. Gautam Patel in his Order dated June 18, 2021, the above is Sony India’s “international repertoire”. Sony India was a member of the controversial Phonographic Performance Limited (“PPL”) prior to 2010.

The Defendant No. 1 in this case is KAL Radio, an Indian Broadcaster, under the meaning of the Copyright Act 1957. Kal Radio used to broadcast copyright works of Sony India under licenses obtained from the PPL.

POINT OF LAW IN CONTENTION

Section 31(D) of the Copyright Act, 1957, which provides for statutory license for broadcasting of literary and musical works and sound recording. As per the section, a license entails a notice in the prescribed form to the holder of copyright, and payment of a fee (including an advance, if so ordered).

Such notice must include various pertinent things, such as, inter alia, names of the programmes in which the copyright protected works are to be included, details of time-slots, durations and period of programmes, etc.

The main point of contention herein is the interpretation and the manner of applicability of Section 31-D of the Act and Rule 29 of the Rules, and its rigidity/ strictness.

OTHER LEGAL TUSSLES REGARDING SECTION 31(D) AND LICENSING

As readers may be aware, The Copyright Board in 2010, determined a license fee in regard to the compulsory licensing regime under Section 31 of the Copyright Act. Many broadcasting organisations had sought statutory licenses by filing applications with the erstwhile IPAB under Section 31-D read with Rule 31 of the Copyright Rules 2013. The IPAB, on December 31, 2020, had determined royalty rates applicable for such licensing. However, there is pending litigation about the said Order of IPAB before the Delhi High Court.

As noted earlier, Kal Radio used to broadcast copyright works of Sony India under licenses obtained from the PPL.

However, KAL Radio in February 2021 had sent an email to Sony India, inter alia seeking information about its copyrighted works, to which Sony India has replied that the copyrighted works in question have been a part of KAL Radio’s broadcasts for years, but nevertheless, a list was provided to the Defendant. Thereafter, KAL Radio purportedly sent a ‘Notice’ to Sony India on February 12, inter alia claiming an entitlement to a statutory license and forwarding a payment of INR 64,750, which was, as noted by Justice Patel, quantified without basis and was bereft of the details that Section 31-D contemplated. Thus, Sony India promptly returned the cheque to them, and asked them to comply with the Rules. Thereafter in early March 2021, it came to Sony India’s notice that they are broadcasting copyrighted sound recordings from Sony India’s ‘Indian repertoire‘. Thereafter, KAL Radio had sent another cheque to Sony India on March 9th, 2021.

Another pertinent factum of this case is that Sony India per se did not refuse the license, rather, they asked KAL Radio to comply with the Rules.

THE PLAINTIFF’S ARGUMENTS AND RELIEF SOUGHT

In view of the above background, Sony India filed a suit for copyright infringement, seeking injunction and damages, as the KAL Radio had been broadcasting Sony India’s copyrighted work without a valid license.

The Defendant’s primary argument in this case was that the scheme of Section 31-D entitles a broadcasting organisation to use the works ‘the moment it sends a notice and payment’ and that balance of convenience is in their favour. The Defendant further argued that there has been ‘sufficient compliance’ with Rule 29 of the Copyright Rules.

The Court held in favour of the Plaintiff and granted a time-limited ad-interim injunction in terms of prayer clause (a), and the reasoning of the court is explained below:

The major takeaway from this order is that the Court considers strict/rigid compliance with Section 31D and Rule 29 to be an essential component of statutory copyright licensing. Mere sending of a notice to a right holder, does not grant the party a right to use the copyrighted works of the owner. There has to be strict/ complete compliance with the prerequisites, to get a statutory license. This is especially important as such statutory licensing in essence deprives a copyright-owner of the freedom of choice in licensing, and thus has to be exercised under strict/right conditions and protocols.

This recent order of the Bombay High Court has struck a valuable balance between the rights of the copyright owners and public interest. While statutory licensing, in the eyes of many, remains to be a rather harsh aspect of IP jurisprudence, one which deprives the exclusive rights of copyright owners, this is a case which would instil some semblance of confidence in the minds of rights owners – that at least there has to be strict compliance with the requisite laws, to get a statutory license.

This would also hopefully embolden right holders of other countries, to bring their craft to India, secure in the knowledge that statutory licensing is one which can only be exercised with strict/rigid conditions. This case may also have a persuasive effect on many other such similar pending litigations. In this regard, you may refer to our earlier articles on this topic at https://ssrana.in/articles/internet-broadcasting-statutory-license-section-31d-copyright/ and https://ssrana.in/articles/internet-broadcasting-and-section-31d-of-copyright-act-1957/.