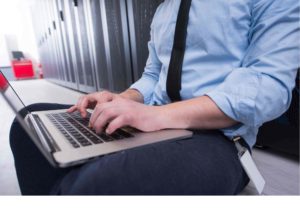 A contract labour is employed through a contractor and their work tenure is affixed on a contractual basis. The contractor provides labour to the principal employer by way of a contract. The employment of these labours can either be regulated by the contractor or the principal employer. However, the contract labors are susceptible to an irregular working environment and are unable to avail the benefits like those given to a permanent worker. In a recent case of Bharat Heavy Electricals Limited (BHEL) vs. Mahendra Prasad Jakhmola & Ors[1], the Hon’ble Supreme Court addressed the aforesaid issue. The Apex Court has laid out, and even applied, the test to determine whether contract labors are direct employees.

Observations by the Supreme Court –

The Supreme Court in the above case applied the test laid out in the case of Bengal Nagpur Cotton Mills, Rajnandgaon v. Bharat Lala and Another[1] which are mentioned below:

Therefore the ultimate supervision and control lies with the contractor as he decides location, duration and conditions of employment.

The Apex Court the present case stated that even when the principal employer was maintaining control and supervision, the salaries to those employees were paid by the contractor. Therefore, BHEL was exercising only secondary control as it did not satisfy the second test to determine nature of employment.

When contract labours are hired by the principal employer, their terms of employment are often left ambiguous. Due to the lack of clarity they are often denied benefits which are provided to permanent employees of the principal employer. This test laid out by the Hon’ble Supreme Court clears the air on such ambiguity and provides a proper method to determine the position of contract labours.