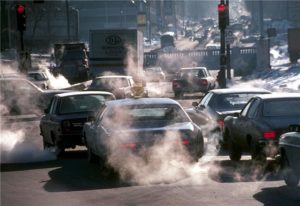 How can I stop someone from misusing or copying my trademark in India?

If someone is misusing your trademark or brand name, then an action of passing off or infringement can be taken against such entity.

For unregistered marks, a common law action of passing off can be initiated. The basis of this remedy is based on the principle that nobody is allowed to sell his goods as goods of another person. The owner of the mark has to prove that the two mark are either identical or similar and there is a likelihood of confusion.

Remedies available for trademark infringement in India including an action against infringement and passing off are as follows:

Civil Action– The competent Courts can be moved for grant of relief of injunction against infringement and/or passing off.

Criminal Proceedings– Criminal complaints can also be filed against persons who have infringed the trademark in addition to a civil action.

Administrative Remedies– Notice of opposition can be filed against trade mark applications published in the Trade Marks Journal. Proceedings can be initiated for rectification/cancellation of registered trademarks before the Registrar of Trade Marks.

Border Measures– The Indian Customs Act 1962 confers power on the Central Government to prohibit importation or exportation of certain goods. In exercise of the powers conferred by that statute section, the Central Government has prohibited the import of those goods that have applied a false trade-mark or a false trade description. The Trade Marks Act 1999 provides that the proprietor or a licensee of a registered trademark may give notice in writing to the Commissioner of Customs to, prohibit the importation of any good if the import of the said good constitutes an infringement under the said Act.

Further, it is pertinent to mention here that, as per the Limitation Act, 1963, in India if a mark of a registered proprietor is being infringed, then a suit for infringement can be brought against the infringer within 3 Years from the date of infringement/misuse.

If your trademark is not registered in India, then an action for passing off can be brought against a third party for misuse of an unregistered trademark. As per Section 27 (2) of the Trade Marks Act, 1999 nothing in the Act shall be deemed to affect rights of action against any person for passing of goods or services as the goods of another person or as services provided by another person, or the remedies in respect thereof.

For more information on Trademark Protection in India please write to us at:  info@ssrana.com .