Emerging Frauds in the Digital World: How Perpetrators are using your name to defraud others!! 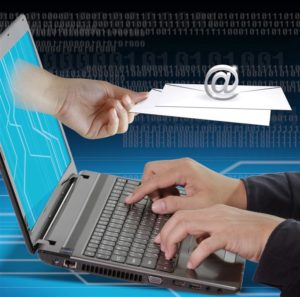 By Priya Adlakha and Kiratraj Sadana

It is no doubt that the Age of Digitalization has made access to businesses and organizations easier, it has made it possible for us to conduct transactions worth lakhs from the comfort of your home. But how does a person, who pays his hard earned money, confirm that the bank account given to him/her for making money transaction is legitimate, that it was given to him/her by legitimate source?

We all are aware about the ‘surprise lottery schemes’ that pops up in our SMSs and the junk folder of our email accounts, but this problem is closure to home than we realize.

The method of conducting cyber fraud that we are addressing in this article is impersonation and its effects on the organizations, which are being impersonated along with how a fraudster hides behind the web of phone numbers, email addresses and bank accounts to evade the authorities. We also try to highlight some basic due diligence which the members of the general public can refer to make sure that they don’t fall prey to such unsocial activities.

What is a Business Email Compromise?

Business Email Compromise (BEC) is an exploit, in which an attacker obtains access to a business email account and imitates the owner’s identity, in order to defraud the company and its employees, customers or partners or the attacker may create an account with an email address almost identical to one on the corporate network, relying on the assumed trust between the victim and their email account. BEC is sometimes described as a “man-in-the-email attack”.

One of the examples in which a BEC situation may arise is when the impersonator who is using a domain name, which is deceptively similar to your domain name to register its email IDs to trick the members of the general public into believing that it has affiliation or any association with your business to dupe the general public in the garb of giving a job opportunity or fake franchise.

Another very classic example, wherein, the impersonator would create an email id on a deceptively similar domain name; hack all your data; send email to your clients asking them to make payment of your outstanding invoices in a new digital payment portal like PayPal, owned by the imposter.

In the recent times, a rise has been witnessed in occurrence of such frauds particularly in cities which are IT Hubs in India, like Hyderabad, Bangalore, Gurgaon also in cities with are demographically suitable for young job seekers.

According to the FBI’s Internet Crime Complaint Center (IC3), “the BEC scam continues to grow, evolve, and target businesses of all sizes. Since January 2015, there has been a 1,300% increase in identified exposed losses, now totaling over $3 billion.”[2]

In the wake of Coronavirus outbreak in India, Hon’ble Prime Minister of India initiated a fund raiser scheme PM-CARES to help the country to fight the Coronavirus pandemic. The payment could be made by UPI transaction directly in the bank account of the scheme. However, within a day or two, a spurt in number of fake UPI IDs has been revealed. These fake UPI IDs are also being circulated on social media to seek funds under the PM-CARES scheme. Cyber criminals are trying to scam good Samaritans of the society by promoting dubious UPI accounts. According to Delhi Police, one such fake UPI ID was “pmcare@sbi” which was deceptively similar to the correct UPI ID “pmcares@sbi”. The State Bank of India has acted promptly and blocked the fake UPI ID. The National Cyber Security Coordinator (NCSC) in Prime Minister’s Office has issued a cautioning statement to cyber criminals not to take advantage of the present coronavirus crisis and commit financial frauds against unsuspecting citizens and enterprises[3].

The modus operandi used by the imposters/fraudsters in such cases usually comprises of the following steps:

Generally, such information is gathered from job portals/ where there is an abundance of young job seekers, fresh college passed out.

This is done by various means, one of the ways is registering a deceptively or confusingly similar domain name and sending mails to potential target. The offers are too good to refuse, in an attempt to bait the victim. This is a hit and run process as many of the potential victims are far sighted and don’t pay heed to such spam messages.

If the victim replies, then comes the turn for telephonic conversation, where a trained member of the impersonators, posing as a Recruiter or a Human Resource Executive will make sure that the victim falls into the trap. The perpetrators use persuasion and pressure methods to groom and manipulate human nature. This is also known as grooming the victim. They use their impressionable skills and buy the confidence of the victim.

The impersonators then ask for a nominal fee from the victim posed as an Application Fee, which is in the bracket of INR 10,000-15,000. The victim is usually not bothered by this amount as they trap such victims who are desperate for the job and inveigle them with high salary packages.

After receiving the application fee, it is just about how far they can take the victim. In pretense of further stages towards a successful job opportunity, they keep asking money from the victim and state that if the victim does not pay the amount in the prescribed time then the money initially given as application fee will be forfeited.  The victim in an attempt to save his initial investment, has no other option but to pay the imposters.

When the imposters have extracted the desired amount, then they are ready to vanish. Consequently, they cut all contacts from the victim and change their sim cards, switch their domain names and even close their bank accounts. This makes them untraceable by the members of the general public.

The perpetrators use a number of techniques to screen their true identity.

Also, they are usually not from the same city/State as that of the victim. This multi-jurisdictional nature of the fraud is a fail-safe measure to make sure that it becomes increasingly difficult to report and/or investigate these crimes.

Also, the amounts being extorted are small, which helps the perpetrators evade the jurisdiction of Economic Offence Wing’s scanner. Because of the multi-jurisdictional nature, the complaints by the victims are filed in individual police stations/cyber cells and are seen as cases of individual, small-scale frauds.

The perpetrators also change their mobile numbers frequently – often right after the initial payment is made.

Here is an example as given on the website of Haryana Police[4]:

How does it affect the Business, it is impersonating and how can they protect themselves?

A Business entity, which is being impersonated has to protect its name, reputation and goodwill in the market  as the imposters, most of the time, to make themselves look legitimate, use the name, logos, office address, similar websites and email ids of the organization they are impersonating.

In such a case, an organization has both, criminal and civil remedies at its  disposal.

In Criminal remedy, a complaint can be filed with a Police Station, wherein the crime is said to be committed, under provisions of Indian Penal Code including fraud, impersonation, forgery etc. Police is required to record the statements of victims and register FIR. If Police fails to register FIR, a complaint can be filed with the concerned Magistrate under Section 156(3) Cr.PC for seeking proper investigation/registration of FIR in the complaint.

Then there is the civil remedy. In addition to the criminal complaint, the business, which is being impersonated can file a suit for permanent injunction infringement of its intellectual property rights against the unknown impersonators. The banks in which the imposters have their bank accounts, Domain Registrars, website developers can be impleaded as necessary parties to the suit.

Along with the suit, the Plaintiff can also file an application for an Interim Application for a Mareva injunction. In a Mareva injunction, the bank accounts as well as domain names which are used by the imposters are directed to be freeze by the Court. Banks and Domain Registrars are directed to disclose the identity of the imposters and file their identity related documents used at the time of registering to their services. This in turn will help in the criminal investigation mentioned above.

The Indian Judiciary has recognized such frauds and given judgements in the favor of businesses/companies. In the case of HCL Technologies Ltd. v Ajay Kumar & Ors.[5], the High Court of Delhi ordered the Banks to place on record necessary documents including Aadhar Card details, PAN number etc., of the perpetrators on the basis of which the accounts were opened with the banks and to freeze the bank accounts. The Court directed Paytm, one of the Defendants to freeze the accounts too.

How to Spot a Fake Website/Scam

There are some easy steps you can take to check the authenticity of a website:

What if you have made the payment?

The emergence of such frauds has exposed companies/organizations to the perils of phishing attacks and hacking. A Delhi- based research-oriented security group also suggests every second an Indian organization, be it big or small is victim of email phishing attacks[8]. The impact of such attacks can be substantial from businesses losing their goodwill and reputation to an apprehension of a complaint being filed against them by any of the victims. Hence, proper security measures and prompt action by businesses is recommended in the event of commission of such frauds.

At the same time, it is advisable that general public conducts proper due diligence before transferring any amount to a faceless voice behind the email sent to them. If it is too good to be true, then just walk away.

India: Onus of cyber-safety to vest with social media engines