‘IPR’ the Face of New India: An Update on India’s IP Journey 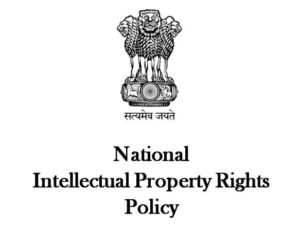 All the strong countries around the globe have one common factor i.e. ‘A Robust IP Regime’.  Intellectual Property Rights are the driving fuel for an economy in today’s technologically driven world. The big leap of knowledge-based economy is what makes a country a global player today.  India is in the helm of taking the big leap. The driving force strengthening the leap is building the IP regime.

India took the first planned step in 2016 by bringing in place the National IPR Policy. The policy was focused towards empowering domestic innovators.

India’s consistent better performance in rankings on several IP meters are a proof that India is in the right direction with respect to IP regime. In the 2018 Global Intellectual Property Index (GIPI) India as secured 44th position out of 50 countries- a jump from 43rd of 45 economies in 2017. In the Global Innovation Index (GII) 2018 ranking India was ranked 57th, three ranks ahead of what it was previous year.

Recently, a study titled ‘Intellectual Property: Rights, Need & Awareness’ conducted by Einfolge, an international patent analytics and market research company[1] serves as a latest update upon the current status of the Indian IP regime. Binod Singh, co-founder and director, revealed that ‘We conducted the survey in 203 educational institutions in Karnataka, Tamil Nadu, Kerala and Telangana both online and offline among students and technical staff to know how knowledgeable they are on intellectual property rights. From the responses, it’s good to know that IPRs have been made a part of the curriculum. Even though the knowledge on IPRs is spreading through awareness programmes and curriculums, we can identify few areas which need attention such as design patents, global indication and trade secrets.’