‘When the winds of change blow, some people build walls and others build windmills.’

On the weekend of January 20-21, 2018, all the budding minds in New Delhi flocked to the National Science Centre (NSC), Pragati Maidan, New Delhi for the Innovation Festival, 2018. It aimed to foster a passion and aptitude for science and technology and provide a unique platform to avant-garde and creative Innovators. There were around thirty stalls at the fair showcasing their fantastic innovations. The festival was a celebration of science and innovation with first-hand information from the creators themselves. It was about participation, not competition. This was a place to meet and interact with likeminded innovators from different walks of life.

S.S. Rana & Co. marked its presence, for the third time, at the festival, through its CSR Initiative, IP4KIDS, a sensitization program to spread awareness about Intellectual Property Rights among the younger generation. The idea was to ignite a spark in the young minds about Intellectual Property Rights, so that they learn how to protect their inventions, creativity and be incentivized for their contribution to the human race. The initiative aims to stimulate in the young minds of children a culture of innovation, and to inculcate in them a respect for the fruits of one’s labor, as we firmly believe that when one creates IP, he respects IP, as he expects others to respect his IP as well. Building respect for IP means helping create an environment in which IP can fulfill its role to stimulate innovation and creation. It also means fostering an environment in which the system of protection provides equitable benefits for both innovators and users of IP.

With a team of volunteers, the IP4Kids welcomed the curious minds to educate them and give a perception about Intellectual Property. With a number of engaging activities like IP Quiz, Logo Quiz, Idea Contest, One on One interaction, the event gave an opportunity to the younger generation to openly discuss and know about Intellectual Property Law. There were also small parallel events organized by the National Science Centre such as Creative Robo Design, Make it at Science Centre, On the spot Design, Family Science Quiz, etc.

The feedback showed that all, especially the kids enjoyed the interactive session with the IP4KIDS team. It also received immense support from the World Intellectual Property Organization in the form scholastic comics for distribution at the fair, which was a major attraction for kids. The volunteers from the firm also delivered a presentation on ‘Safeguarding Ideas’ in a special session organized by the NSC. The fruitful event concluded with the firm being awarded a memento for participating in the fest and spreading awareness about Intellectual Property Rights among the younger generation. 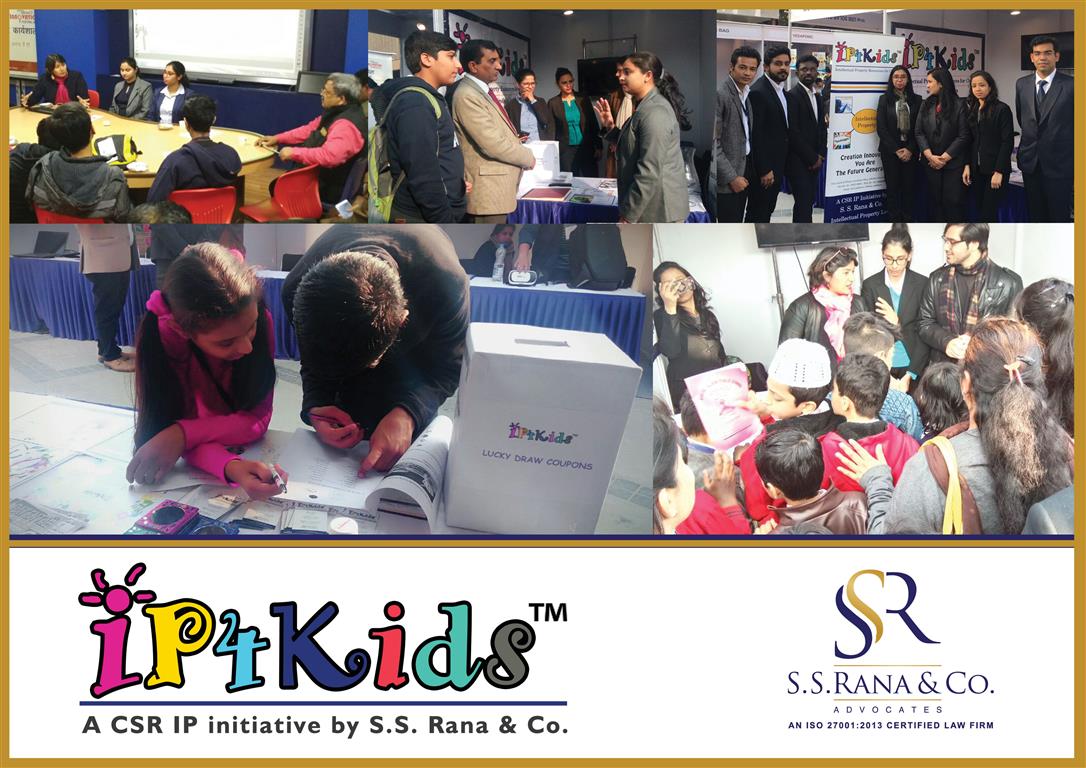