Trademark Search and Seizure in India- An analysis 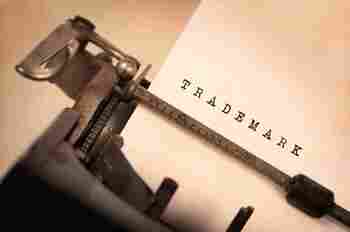 By Vikrant Rana and Priya Adlakha

The 161st Report of the Parliamentary Standing Committee on Review of Intellectual Property Rights regime in India explicitly mentions about the cumbersome procedures encountered in search and seizure process in trademark infringement proceedings under Section 115(4) of the Trade Marks Act of 1999 (hereinafter referred to as the Act for the sake of brevity).

Any police officer not below the rank of deputy superintendent of police or equivalent, may, if he is satisfied that any of the offences referred to in sub-section (3) has been, is being, or is likely to be, committed, search and seize without warrant the goods, die, block, machine, plate, other instruments or things involved in committing the offence, wherever found, and all the articles so seized shall, as soon as practicable, be produced before a Judicial Magistrate of the first class or Metropolitan Magistrate, as the case may be:

Provided that the police officer, before making any search and seizure, shall obtain the opinion of the Registrar on facts involved in the offence relating to trade mark and shall abide by the opinion so obtained.

Hence, the two conditions entailed under the impugned provision prior to initiation of search and seizure process are that:

Recommendations by the Parliamentary Standing Committee

The Parliamentary Standing Committee while considering the aforesaid mandates under Section 115(4) of the Act, made the following recommendations in its report:

In response to the aforesaid recommendation, the Department of Promotion of Industry and Internal Trade (DPIIT) has also released its Action Taken Report1 , wherein the Department has stated that a proposal has been made to include a platform in e-TMR system, wherein the Police officers may file online request under Section 115 and concerned officer will provide its opinion within 24 hours and that the proposal is being examined in consultation with Controller General of Patents Designs and Trademarks (CGPDTM).

The proviso to Section 115(4) that the police officer, before making any search and seizure, shall obtain the opinion of the Registrar on facts involved in the offence relating to trade mark and shall abide by the opinion so obtained has been a bone of contention in several trademark cases for quite some time now and time and again there have been deliberations which reflect that the proviso acts as an impediment in search and seizure process.

Whether it is mandatory to take opinion of Registrar under Section 115(4)?

The Indian Judiciary in several cases has been confronted with the issue whether it is mandatory to take opinion of the Registrar as stipulated under Section 115(4) of Trade Marks Act?

The Hon’ble Bombay High Court in the case of Shrenik Shantilal Dhadiwal v. The State of Maharashtra and Ors2. , was confronted with the said issue.

The Hon’ble Court in this case while referring to the statutory provision under Section 115 of the Trade Marks Act stated that the Court shall not take the cognizance of a complaint unless there is a complaint in writing made by the Registrar and that the police officer before making any search or seizure obtains the opinion of Registrar on facts involved in the offence relating to trade mark and shall abide by the opinion so obtained.

Similarly, the Hon’ble Madras High Court in the case of M/S. Venkateshwara & Co vs The Assistant Commissioner3 , refused to prosecute the applicants for trademark infringement as the mandatory procedure provided under Section 115 of the Act i.e. obtaining opinion of Registrar had not been complied with. Hence, the Court was of the view that the proceedings against the applicants would be a misuse of process of law.

The Hon’ble Rajasthan High Court in the case of Pitambra Industries v. State of Madhya Pradesh4 , also took a similar view to hold the impugned search and seizure in the case made by the Police Officer without the opinion of the Registrar to be illegal and without jurisdiction. It was also held by the Court in the case that to obtain an opinion is a sine-qua-non and it must be complied to by the Police Officer at the time of search and seizure. Hence, such compliance was mandatory for the police officer prior to search and seizure in case an offence was registered under section 103, 104 and 105 of the Trade Marks Act.

An interesting view pertaining to the issue of non-compliance of provision under Section 115(4) and vitiating of trademark infringement proceedings against the accused was taken up by the Hon’ble Delhi District Court in the case of State vs. Sanjay Malhotra5 . In this case the accused argued that search and seizure in the case was vitiated due to non- compliance of section 115 (4) of Act. However, the Court opined that the accused’s submission on non- compliance of section 115 (4) of Trade Marks Act was of no help as it is settled law that defects in investigation, if any, does not necessarily gives benefit to the accused unless serious prejudice is shown to have been caused.

From the aforesaid judgments, it is abundantly clear that a consistent view of the High Courts has been that it is mandatory to obtain Registrar’s opinion under proviso to Section 115(4) for initiating search and seizure procedure.

Another intrinsic issue that has been raised with respect to provision under Section 115(4) i.e. whether proviso to Section 115(4) of the Trade Marks Act is not applicable to search warrants which are issued by the Courts under Section 93 of the Code of Criminal Procedure, 1973?

The Hon’ble Delhi High Court was confronted with this issue in the case of Sanyo Electric Co. Thr. Its Constituted Attorney Pankaj Gupta v. State6 .

It was also held by the Court that the pre-requisite or pre- conditions for a search by a police officer without warrant under the proviso to Section 115(4) of the Trade Marks Act cannot be read into and made a precondition before a search warrant issued by a court under Section 93 of the Code of Criminal Procedure is executed.

The Court finally concluded that a judicial order of the court issuing warrant of search will be a paper order and unexecutable unless the Registrar gave a positive opinion under Section 115(4) and that this is not warranted by the language of the proviso or the legislative intent behind the proviso.

As observed in the recommendations forwarded by Parliamentary Standing Committee, often delay is caused in obtaining Registrar’s opinion under Section 115(4) eventually delays the initiation of search and seizure procedure. The delay caused in many cases gives the infringer the opportunity to remove the infringing goods from the premises and thereby crippling the whole object of conducting of raid or search and seizure by the designated police officer.

Few of the shortcomings with which the proviso under Section 115(4) suffers is the non- stipulation of timeline or duration within which the Registrar has to render opinion and also that no specialized officer is designated for this purpose i.e. DCP from the IPR Division under the Economic Offences Wing of the Police.

The Committee’s recommendations and DPIIT’s response with respect to Section 115(4) paves a positive path to mitigate the impediments caused in search and seizure process in trademark counterfeiting and infringement proceedings.

It is expected that the DPIIT’s proposal to include a platform in e-TMR system, wherein the Police officers may file online request under Section 115 and concerned officer provides opinion within 24 hours soon sees light of the day as its implementation will strengthen the procedure of trademark protection and enforcement in India and prove to be a big boon for brand owners.