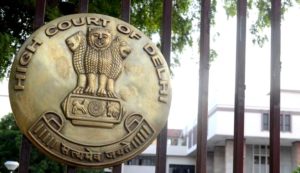 What does an Administrator do?

Group Admins, as they are generally called, are the ones who create the closed/open groups by adding or deleting members to the same. The obligations of an administrator are to create a group and add suitable members to it. His discretion is only limited to choosing who can/cannot be a member of the group. After that the statements produced, created, pasted, forwarded in the group is not under the control of the Admin. He does not have any special power to regulate the content on the group which the other members do not have. Hence it is safe to say that once the group are created, the functioning of the Admin and that of the members is at par with each other, except the power of adding or deleting members to the group. The Admin does not have any exclusive discretion to control the content circulated on the group.

Whether a Group Administrator is an intermediary?

“Intermediary” refers to any person who on behalf of another person receives, stores or transmits that record or provides any service with respect to that record.

A group admin may be considered as an intermediary as, he facilitates a platform for unknown people to communicate. Even people who cannot otherwise contact each other, can come in contact through groups. An intermediary is liable in the event it fails to comply with due diligence obligations laid down under rule 3 (2) and 3 (3) of the Rules however, since a group admin lacks the authority to initiate transmission himself and control content, he cannot comply with these obligations. Further, unless the two conditions of mens rea and lack of due diligence do not co-exist, the intermediary cannot be held liable. Hence when messages are created or forwarded by members, the conditions of mens rea of the Admin remain unsatisfied, releasing the administrator from any liability.

With the level of activity on these social networking and messaging applications, it is not practical to expect one administrator (in spite of due diligence) to keep track of or scrutinize each and every message that is posted. Another notable aspect is that some applications such as WhatsApp, Hike, etc facilitate more than one group administrators. Hence it is not the sole discretion of one person to decide the morality or immorality, offensiveness of the posts, making the matter more and more complicated. Therefore the simplest solution to such cases is that every person should be made liable for his own posts, messages or opinions. We hope that this will only increase the consequentiality of members before posting harsh or offensive opinions anywhere.