Import of Cosmetics into India 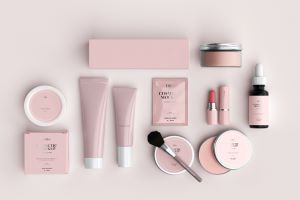 As per the Cosmetic Rules, 2020 (Rules) notified by the Ministry of Health and family Welfare on the December 15, 2020 the Central Government has made it mandatory for Importers of the Cosmetics to obtain a registration from the central licensing authority i.e. the Drugs Controller General of India (Authority)

Application Process: An application for Import of cosmetics has be filed on the online portal of the Central Drugs Standards Control Organisation (CDSCO) portal by filing the Form: COS-I by either of the following persons:

After examination of documents submitted with the online application the Authority, if satisfied, will grant an Import Registration Certificate in Form COS-2 or may reject by giving their reasons in writing within the maximum period of six months from the date of application. In event of rejection an application, an appeal can be filed to the Central government within a period of 45 days and after enquiry the same appears to be in order in order the Certificate will be issued within the next 90 days.

It is interesting to note that a single application has to be filed with the Authorities for any number of cosmetics even if their Manufacturing Sites are different.

Import of Cosmetics already registered for with Authorities– In accordance to the Rules the licenses granted by the CDSCO under Form-43 will continue to remain valid for either their expiry or a period of 18 months whichever is earlier. In view of the same, a fresh application under Form COS-I has to be filed again by all the Importers of the Cosmetics in India. CDSCO has clarified that all the applicants who had earlier filed under Form 43 have to file a fresh application in order to comply with all the new regulation.

Exemption – A list the cosmetics that are exempted from obtaining the Import registration certificate are specified under the Schedule 12 of the Rules which includes the following list of cosmetics:

However, the aforementioned categories of Cosmetics shall mandatorily have a declaration specifying “the cosmetics shall not be used for domestic sale”.

ARE YOUR COSMETICS VEG OR NON-VEG?