India: Andhra Pradesh High Court follows in the footsteps of Delhi High Court with regard to mass abandonment of trademarks 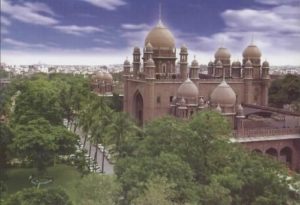 In the last week of March 2016, the Indian Trademarks Registry (hereinafter referred to as the ‘Registry’) ordered the abandonment of an unusually high number of trademark applications. The said number of applications had been abandoned for lack of prosecution wherein examination report was claimed to have been dispatched by the Trademarks Registry but not received by the applicants/agents or wherein reply to examination report had been filed but not considered by the Registry.

Further, on April 4, 2016, the Office of the Controller General of Patents, Designs and Trademarks (hereinafter referred to as the ‘Office of the Controller’), released a public notice which was a step taken in the interest of justice, especially after the receipt of complaints from various stakeholders, who stated that the said applications were treated as abandoned without giving applicants a proper opportunity to be heard.

To redress all the parties who were adversely affected by all such scenarios, the Office of the Controller had provided a further opportunity till April 30, 2016, to file all such representations and reply to all such examination reports. It stated that if indeed it is found that parties are adversely affected by it, then the Office will take appropriate action necessary to remedy it.

However, on April 5, 2016, a writ petition was filed by the Intellectual Property Attorneys Association & Others, in which Hon’ble Justice Mr. Manmohan of the Delhi High Court, after hearing the contentions from both the sides and noticing the startling figures of disposal within a very short period of time, stayed the orders of abandonment passed by the Registry on or before March 20, 2016. The Learned Judge further added that the Office of the Controller shall not treat any Trademark application as abandoned without proper notice to an affected party as provided under Sections 21, 128 and 132 of the Trademarks Act, 1999.

In compliance with the order of the Delhi High Court, the Office of the Controller released a public notice on April 11, 2016, stating that the abandonment order are being kept in abeyance and the applicants and their authorized agents are free to file the reply to examination reports containing the Office objections by means of comprehensive e-filing services of trademarks at their official website.

Moving on, in January 30, 2017, the Trademark Registry issued a public notice ordering abandonment of high number of trademark applications. The said notice aimed at clearing back log of cases. However, the Applicants were given one last opportunity of sending a scanned copy of reply to Examination Report on or before February 28, 2017, failing which the applications will be deemed to be abandoned.

Aggrieved by the order of the Trademark Registry, Mr. K. Hermaprakasa Rao filed a petition with the Andhra Pradesh High Court under Section 151 of the Code of Civil Procedure, 1908, against the January 30 public notice.

The Petitioner placed reliance on the order of the Delhi High Court dated April 05, 2017, wherein Hon’ble Justice Manmohan Singh stayed the order of abandonment passed by the Trade mark Office on or after March 20, 2016 and ordered not to treat any trademark application as abandoned without prior notice to the affected party.

Against the arbitrary order of the Trademark Registry, Hon’ble Justice Mr. Challa Kodanda Ram directed the Office of the Controller to not treat any trade mark application as abandoned without prior notice to the affected party, as provided under section 121, 128 and 132 of the Trademarks Act, 1999.

Order of the Andhra Pradesh High Court, can be accessed over