India: British onslaught on the Government’s Make in India Lion

Remember the very first Independence Day Speech of Prime Minister Narendra Modi? From the ramparts of the Red Fort he had famously announced,

And bang! Forty-one days later at Vigyan Bhawan, New Delhi, Modi announced the launch of India’s most ambitious plan to boost manufacturing in the country called, ‘Make in India’, in the presence of business stalwarts like Mukesh Ambani, Cyrus Mistry, Kumar Mangalam Birla and Azim Premji.

To give the initiative a truly symbolic touch, during the event a logo was also released, which is a derivation from India’s national emblem. The wheel denotes the peaceful progress and dynamism – a sign from India’s enlightened past, pointing the way to a vibrant future. The prowling lion stands for strength, courage, tenacity and wisdom – values that are every bit as Indian today as they have ever been.

Thereafter, the Department of Industrial Policy and Promotion (hereinafter referred to as the ‘DIPP’), the body responsible for the overseeing the day to day operations related to this initiative filed for a trademark application in Classes 9,16,18,25,28,35,38,41,42, which got advertised in the Trade Marks Journal dated January 19, 2015.

However, on May 18, 2015, Lonsdale Sports Limited, a boxing, mixed martial arts and clothing brand based out of London, England, filed notices of opposition against the ‘Make in India’ mark, in all the classes.

The grounds of opposition in the application are as follows –

The two Marks in question are copied below:

On September 29, 2016, DIPP filed its counter statement before the Registrar of Trade Marks, New Delhi. Their grounds of defense stands as follows –

It will be interesting to note further developments in this regard, especially in light of the fact that since its launch the initiative has really instilled a certain sense of confidence in the Indian entrepreneurial ecosystem and has India as a potential manufacturing hub in the eyes of the world. Make in India so far has had over 170 global and Indian manufacturers committing investments worth a total of $90 billion.

For the general information of our readers, find below a list of other Lion marks Registered in India – 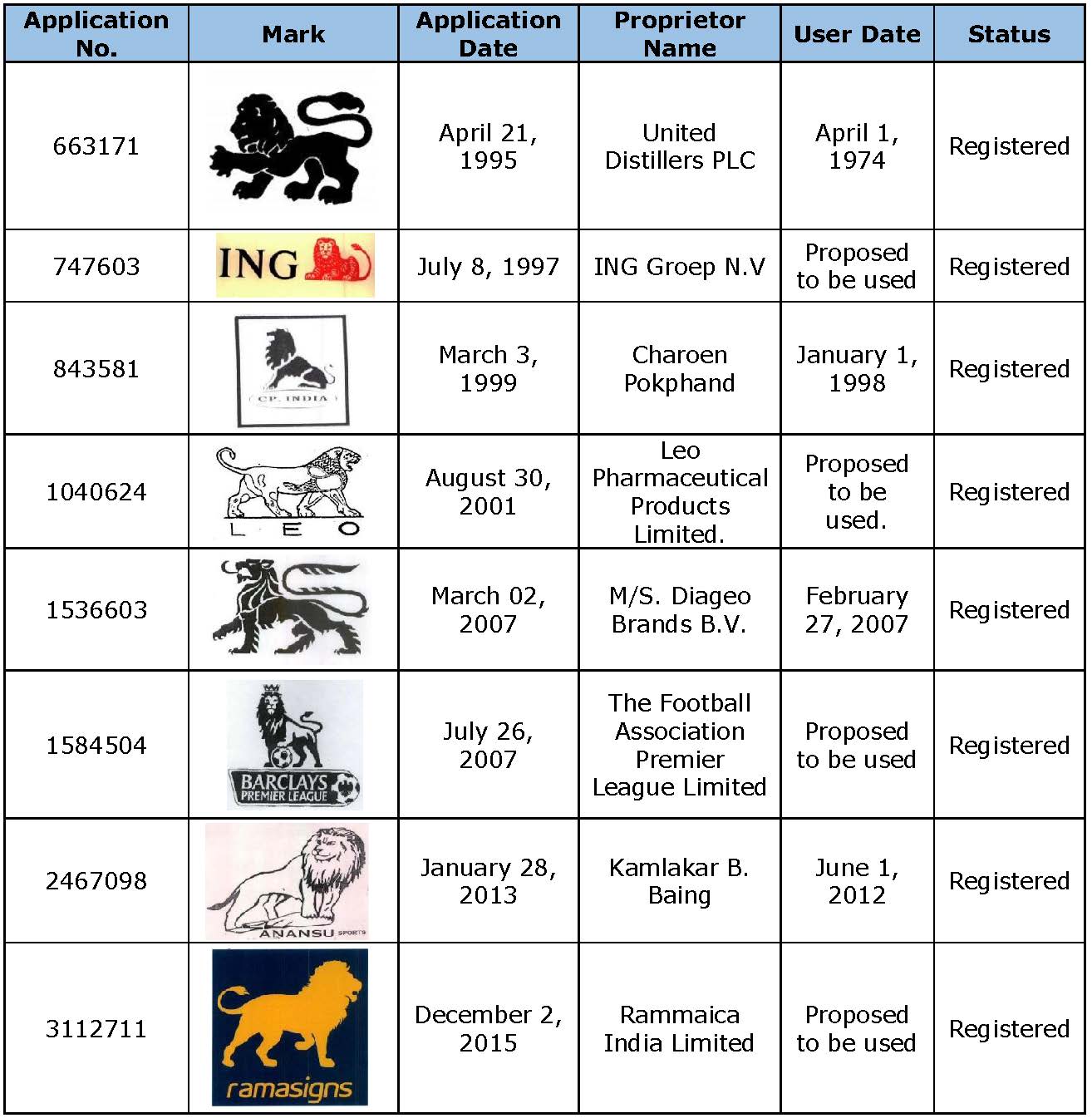