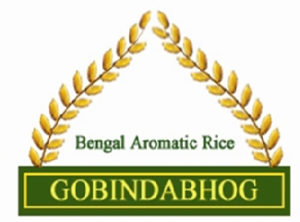 Other than Rosogolla, the Government of West Bengal, earlier last year in September earned itself another Geographical Indication (GI) Tag in Gobindobhog Rice. The rice is a native, aromatic, non-basmati premium variety rice from West Bengal. The cultivation of it is as old as 300 years in the area. It is short white grains, sticky rice having a sweet buttery flavor and pleasant aroma. It derives its name from principal ingredient used in preparation of offerings to Govindajiu, the family deity of Setts of Kolkata.

The application for the GI tag was filed by the State Government of West Bengal in August, 2015. The Gobindobhog Rice is the specialty of Burdwan district of West Bengal. Because of this variety of rice, the region is also known as the rice bowl of West Bengal. The rice is predominantly cultivated in the east Burdwan district – in the southern basin of the Damodar River in the Raina 1, Raina 2 and Khandaghosh blocks. It was cultivated in an area of 35 hectares last year. Of this, 20 hectares were spread over of Raina 1 and Raina 2 blocks. The special features of this variety of rice is that it is cultivated late, after the rainy season, and therefore it is affected very little by it and is less prone to pests. The price and productivity of the rice is high compared to other varieties of rice.

The state government is celebrating the GI tag as they are now assured that different variety of rice from the same region cannot be branded as ‘Gobindobhog Rice’. Also, the marketability of the Gobindobhog Rice in the domestic and international market would be strengthened, resulting in better profits for the state and more importantly for the stakeholders in general.