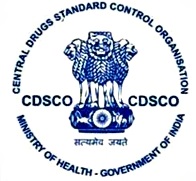 Advancements in science has deeply impacted modern life. Innovation in technology has played a significant role in improving our health. Achievements in the field of biotechnology, pharmaceuticals, information technology, physics, chemistry has led to the development of medical devices and equipment, which have proved to be life transforming. From administration of vital lifesaving drugs to incorporation of critical medical devices such as pacemakers, CT Scanners, X-Rays to an era of robotic surgery, medical equipment have revolutionized human lives, at the same time, the Government is vigilant to monitor the quality control.

The Government regulates the commercialization of drugs and medical devices under the provisions of the Drugs and Cosmetics Act, 1940 under the authority of Central Drugs Standard Control Organisation (hereinafter referred to as “CDSCO”).

With a view to help patients suffering from painful hip joint with arthritis which is replaced by an artificial joint often made from metal and plastic components. In 2006, a subsidiary company of Johnson & Johnson, DePuy Orthopaedics started importing hip implants for the purpose of facilitating hip replacement surgeries in India.

The patients faced adverse reactions attributable to the aforesaid hip implants being faulty in nature and resulting in revision surgeries earlier than the prescribed period.

Penalizing the faulty
In order to determine the amount of damages payable to patients suffering the consequences of the faulty implants, the Government has constituted a Central Expert Committee
(hereinafter referred to as the “Committee”). The new central committee is chaired by RK Acharya, director of Safdarjung Hospital’s sports injury centre, and will consist of five members.

The Committee shall be calculating the amount of compensation by Johnson & Johnson to be paid on case to case basis.

The Government aims to ensure that the party committing the fault does not evade of its liabilities and that damages suffered by the victims are appropriately compensated for.