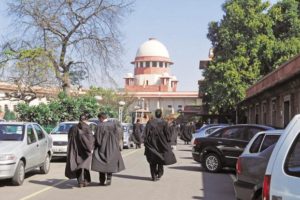 The Delhi High Court vide its Order dated July 12, 2017 in the matter of J. K. Mittal & Company v. Union of India & Ors [1] sought clarification from the Central Government and State Governments on whether all legal services provided by individual lawyers and law firms shall be governed by the “reverse charge” mechanism under the recently implemented Goods and Services Tax (GST) regime.

The issue was brought to the attention of the Delhi High Court by way of a writ petition filed by a proprietary concern of Mr. J. K. Mittal, Advocate who appeared in person before the bench and claimed that contrary to the recommendation of the GST Council at its 14th and 16th Meeting held on May 19, 2017 and June 11, 2017 respectively, the Centre and State Government issued Notification No. 13/2017 – Central Tax (Rate) dated June 28, 2017 and Notification No. 13/2017 – State Tax (Rate) dated June 30, 2017, which are per se in violation of CGST Act and DGST Act read with Article 279A of the Constitution of India.

According to the provisions of Article 279A, the various rates and slabs for GST under the CGST Act would be made only on the basis of the recommendations of the GST Council. While the recommendations of the GST Council were that for all services rendered by a lawyer or law firm, the service recipient would pay GST as per the “reverse charge” model, the Notifications issued by the Centre Government and Delhi Government prescribed that lawyers and law firms shall be liable to pay GST on all services rendered by them, except representational services where the recipient of the service, i.e., the client shall be liable pay GST.

The Bench comprising Justice S. Muralidhar and Justice Pratibha M. Singh observed that “In view of the above submissions it is plain that as of date there is no clarity on whether all legal services (not restricted to representational services) provided by legal practitioners and firms would be governed by the reverse charge mechanism…In the circumstances, the Court directs that no coercive action be taken against any lawyer or law firms for non-compliance with any legal requirement under the CGST Act, the IGST Act or the DGST Act till a clarification is issued by the Central Government and the GNCTD and till further orders in that regard by this Court.”

In furtherance of the directions of the Delhi High Court, the Government issued a press release dated July 15, 2017 trying to provide clarification on the applicability of GST on legal services provided by advocates, including on whether tax payable on legal services is under forward charge or reverse charge. It was stated that there has been no change made in taxation of legal services in the GST era.

It was clarified that “legal service” has been defined to mean any service provided in relation to advice, consultancy or assistance in any branch of law, in any manner and includes representational services before any court, tribunal or authority. Notification No. 13/2017-Central Tax (Rate) dated June 28, 2017 specifies, inter alia, the following service under reverse charge mechanism,-
“Services supplied by an individual advocate including a senior advocate by way of representational services before any court, tribunal or authority, directly or indirectly, to any business entity located in the taxable territory, including where contract for provision of such service has been entered through another advocate or a firm of advocates, or by a firm of advocates, by way of legal services, to a business entity.”

The Government vide its press release has provided clarification on the meaning and interpretation of the term “legal services” and how the same will be taxed under the GST regime. It will be interesting to see if the Delhi High Court finds the clarification provided by the Government sufficient. We will keep you apprised of future developments in this regard.