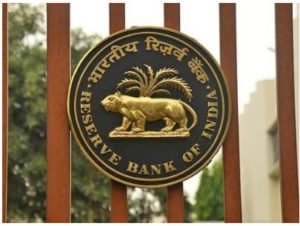 Issue of LoUs and LoCs not allowed any more

The RBI vide notification[2] dated March 13, 2018, has now decided to discontinue the practice of issuance of LoUs and LoCs for trade Credits for imports into India by AD Category –I banks with immediate effect.

Validity of Letters of Credit and Bank Guarantees:

RBI has notified that despite discontinuance of LoUs and LoCs, the issuance of Letters of Credit (hereinafter referred as ‘LCs’) and Bank Guarantees for Trade Credits for imports into India may continue to be issued subject to compliance with the provisions contained in Department of Banking Regulation on ‘Guarantees and Co-acceptances’ [3].

The financial regulator has made this move to discontinue the LoUs and LoCs in the light of the news regarding the PNB scam. Such a move would make the importers move towards the utilization of LCs which are more expensive in nature and may increase their transaction costs by 2-5%. This move is made by RBI with the agenda to improve the confidence of the public-sector banks.

In the light of the PNB scam, the Cabinet has also approved the Fugitive Economic Offenders Bill, 2018, for increasing the chances of banks to recover from financial defaults made by fugitive economic offenders.[4]

Further, the government has also notified[5] on March 16, 2018 that it has ordered investigation into the affairs of about 107 companies and 7 LLPs under the provisions of Section 212(1)(c) of the Companies Act, 2013 and Section 43(3)(c)(i) of Limited Liability Partnership Act, 2008 on February 17, 2018 belonging to Mr. Nirav Modi (Firestar Diamond Group) and Mr. Mehul Chinubhai Choksi (Gitanjali Group) to be carried out by the Serious Fraud Investigation Office (SFIO) connected with Punjab National Bank Fraud.