Japan Patent Office (JPO) has joined the league of countries, which are very few in number, who have a guide related to SEP as it recently released its practical guide to Standard Essential Patent (SEP) Licensing Negotiations. 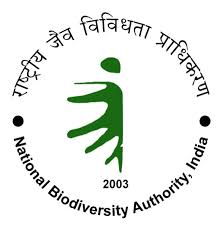 Plant genetic resources were considered to be heritage of mankind and was shared freely among nations, till the concern for conservation of biological diversity were raised by the Convention of Biological Diversity (CBD), 1993. India being a signatory to CBD, enacted the Biodiversity.

Cybersquatting, or piggy-backing on the reputations of well-known companies and brands by registering corresponding domain names, is seen as an effective though unscrupulous practice of making fast bucks. With rise in awareness of cybersquatting practices.

Japan Patent Office (JPO) has joined the league of countries, which are very few in number, who have a guide related to SEP as it recently released its practical guide to Standard Essential Patent (SEP) Licensing Negotiations.

The guide would assist international and Japanese parties to arrange for equitable licensing of key technologies covered by SEPs. The Guide states that ‘it aims to enhance transparency and predictability, facilitate negotiations between rights holders and implementers, and help prevent or quickly resolve disputes concerning the licensing of standard essential patents (“SEPs”), which are the patents essential in implementing standards in the field of wireless communications and the like.’

Standard Essential Patents (SEPs), described by the Guide, are “patents essential in implementing standards in the field of wireless communications and the like,” namely essential to making “smart” devices and appliances. These cases are complicated because an industry totally foreign (until recently) with artificial intelligence (AI) may now be incorporating such technology into products without awareness of the market value that it holds for the wireless communications developer of that technology. This cross-disciplinary, cross-sector conflict of interest stimulated the JPO’s interest in helping illumine a pathway for businesses on either side to make good headway toward fair licensing agreements in Japan.[1]

EPO had issued a similar guide last year which was hailed by many as a great document to refer to. The Japanese Guide is just an initial edition expected to change through further discussion and developments.

Plant genetic resources were considered to be heritage of mankind and was shared freely among nations, till the concern for conservation of biological diversity were raised by the Convention of Biological Diversity (CBD), 1993. India being a signatory to CBD, enacted the Biodiversity (BD) Act in 2002, (hereinafter referred as “Act”) with three main objectives:

For the effective implementation of the Act, a three-tier system was established with a National Biodiversity Authority (NBA) at the Centre, State Biodiversity Boards (SBBs) in each of the Indian states and local-level Biodiversity Management Committees (BMCs) functioning with both municipalities and panchayats. Further, India adopted Nagoya Protocol (2014) on Access to Genetic Resources and the Fair and Equitable Sharing of Benefits Arising from their Utilization to the Convention on Biological Diversity, a supplementary provision in compliance with the third objective of CBD, 2002. In pursuance of the Nagoya Protocol, NBA published Guidelines on Access to Biological Resources and Associated Knowledge and Benefits Sharing Regulations, 2014, popularly known as ABS guidelines, 2014. These guidelines provide a detailed procedure for determination and sharing of benefits arising out of the use of biological resources obtained from India.

The provisions of the BD Act, 2002, have differential restrictions and exemptions, depending on the person involved or the activity envisaged with respect to bio-resources. Foreign nationals or Indian citizen or body corporate falling under Section 3 (2) of the Act, are required to obtain prior approval of NBA for obtaining any biological resource occurring in India or knowledge associated thereto for research or for commercial utilization or for bio-survey and bio-utilization. Provided that under Section 5, collaborative research projects are exempted from prior-approval of NBA. In case of obtaining intellectual property rights (IPR) on research results involving biological resources obtained from India, prior NBA approval is required under Section 6, irrespective of the category of the person. Further, under Section 7, Indian nationals or a body corporate, association or organization which is registered in India shall not obtain any biological resource for commercial utilization, or bio-survey and bio-utilization for commercial utilization, except after giving prior intimation to the concerned State Biodiversity Board in the prescribed manner. Provided that the provisions of this section shall not apply to the local people and communities of the area, including growers and cultivators of biodiversity, and vaids and hakims, who have been practicing indigenous medicine.

As per NBA official records, thousands of notices were issued by SBBs under Section 7 of the Act to various Indian companies including those of pharmaceuticals, ayurvedic, coal extracting, liquor, sugar, oil as well as food and industrial processors using bio-resources, for deposition of a “benefit sharing” amount as per ABS guidelines, 2014. Several times this issue got media attention and various reports were published in leading newspaper where the companies challenged the vires of the state rules and ABS Guidelines, which ask for benefit sharing upon access by Indian entities. One of the leading case in this regard is the Uttarakhand HC case, filed in 2016 by Ramdev’s Hardiwar-based Divya Yoga Mandir Trust when the Uttarakhand State Biodiversity Board (SBB) asked its pharma unit, Divya Pharmacy, to share INR 20.4 million of its INR 4.21-billion revenue in 2014-15 with farmers as benefit sharing under the BD Act, 2002. Patanjali pleaded in the Court that it being an Indian company hence, ABS compliance is not applicable to it. In 2015, the Ayurvedic Drug Manufacturers Association (ADMA) approached government officials for modification in provisions of ABS guidelines, 2014, but the response was not favorable to them. As per official records, only a handful of companies are sharing their profits as per ABS guidelines, 2014. Hence, at present, the effectiveness of the regulatory regime on benefit sharing is not very promising in herbal sector.

Cybersquatting, or piggy-backing on the reputations of well-known companies and brands by registering corresponding domain names, is seen as an effective though unscrupulous practice of making fast bucks. With rise in awareness of cybersquatting practices as well as the value of domain names as trademarks, trademark owners are initiating more actions now to recover their intellectual property online, before arbitration panels of organizations such as WIPO as well as national level domain recovery agencies (such as NIXI, the National Internet Exchange of India).

But cybersquatters generally rely on the advantage in numbers- there are such a huge number of domain variations and domain name extensions to choose from nowadays, that registering one trademark across a multitude of domains by a cybersquatter can make individual recovery of the said domains extraordinarily expensive for a company and therefore extraordinarily profitable for a cybersquatter. In the case domain dispute proceedings are instituted, the cybersquatter only loses a domain or two. For a serial cybersquatter, that does not end up making much of a dent in the pool.

Domain dispute proceedings provide three basic grounds which a complainant is compulsorily required to prove in order to establish their rights to a domain name:

While grounds (i) and (ii) are fairly straightforward to prove with the help of use in trade and trademark registrations (or lack thereof), ground (iii) offers the opportunity for a more complex argument.

In proving mala fide or bad faith registration of a domain, the UDRP stipulates that factors such as:

The above-mentioned factors may be proven in a number of different ways that depend on the particular facts and circumstances of each case.

Serial cybersquatting, where a cybersquatter unscrupulously registers domain names across the board pertaining either to one brand or a number of brands/trademarks can be used to evidence the mala fide or bad faith intentions of a registrant as it serves as ample proof of the registrant’s motive to profit off the reputation of others without making legitimate or fair use of the registered domain names.

Various WIPO Arbitration Panel have recognized serial cybersquatting to be evidence of mala fide registration as recently as in the decision rendered in the case of
Little Acorns Fostering Ltd. v. W P, The Cloud Corp / Al Perkins, D2017-1776 on October 18, 2017 wherein the learned sole arbitrator ruled in favour of the complainant who was able to establish that the registrant had taken over their domain after it was inadvertently allowed to expire and had subsequently claimed exorbitant sums of money when the complainant had approached him to acquire the domain without resorting to legal proceedings, and had further previously engaged habitually in such activity, even having prior WIPO rulings passed against him.

The Universal Domain Name Dispute Resolution Policy (UDRP) provides for including multiple infringing domain names belonging to a single registrant to be acted against within a single domain complaint. In fact, in recognition of the problem of serial cybersquatting, WIPO has come up with a dedicated procedure called the Uniform Rapid Suspension System (URS) which is an even more simplified procedure than the UDRP for filing a complaint against multiple infringing domain names being held by one registrant. It aims to provide a faster and more cost-effective method to trademark owners plagued by serial cybersquatting.