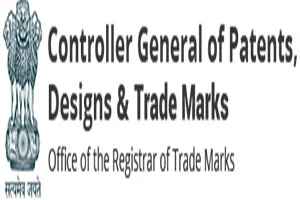 The Office of the Controller General of Patents, Designs and Trade Marks (CGPDTM), Mumbai has issued a public notice dated August 01, 2022 , regarding the pending opposition and rectification matters wherein the parties have settled the matter amicably.
The aforesaid notification has been issued by the CGPDTM in furtherance of ‘Azadi Ka Amrit Mahotsav’, an initiative launched by the Government of India to commemorate the 75th Anniversary of India’s Independence, whereby the Office has taken an initiative to run a special drive for disposal of IP disputes by encouraging the parties to dispose the pending opposition and rectification cases with the objective to Let the ‘Azadi Ka Amrit Mahotsav’bring dispute free IP regime.
Under this initiative, the Office is encouraging all the parties, whose opposition or rectification matters are pending before the Trade Marks Registry and, wherein no amicable settlement has been arrived, to settle the disputes utilizing the various alternate mechanisms for dispute resolutions.
Further, the office also encourages the parties who have already settled their cases amicably, to report to the Trade Marks Registry (TMR) for formal settlement of pending proceedings before the Registry. In case the parties have already sent communications to the Registry regarding their amicable settlement, and no final orders could be issued in such cases, the parties may again register the matter at Trade Marks Registry on the below mentioned link and submit the supporting documents for already settled matter during the ‘Azadi Ka Amrit Mahotsav’ period between August 02, 2022 to October 02, 2022:
https://ipindiaonline.gov.in/trademarkefiling/OppositionSettlementRequest.aspx ,(The said link shall be active from August 02, 2022 to October 02, 2022)
Upon receipt of documents pertaining to the already settled matters along with settlement letter and withdrawal requests on the above mentioned online portal, the Office shall dispose off the pending matters before Trade Marks Registry by passing suitable orders as per provisions of the Trade Marks Act.
The said link directs to the below mentioned online portal: