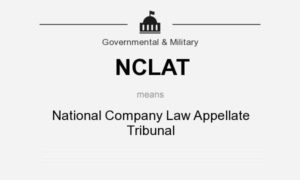 Hamera International Private Limited executed an agreement with, Macquarie Bank Limited, Singapore (hereinafter called ‘appellant’), where the appellant purchased the original supplier’s right, title and interest in a supply agreement in favour of Shilpi Cable Technologies (hereinafter referred to as the “respondent”).

Appellant had issued two invoices against the respondent for payment of the amount due, wherein term of payment was stated as 150 days from the date of bill of ladings. Upon the amounts becoming due for payment the appellant sent an email demanding payment of such amounts. On receiving a denial from any such default in payment the Appellant issued a statutory notice under Section 433 and Section 434of the Companies Act 1956 (as applicable that time) to the respondent to retrieve the outstanding amount.

Further the appellant also issued a demand notice under the Insolvency and Bankruptcy Code 2016 (hereinafter called ‘the Code’) under Section 8 of the Code at the registered office of the Respondent, calling upon it to pay the outstanding amount. Through reply, the contesting Respondent stated that nothing was owed by them to the Appellant and further went on to question the validity of the purchase agreement in favour of the appellant. Thus the Appellant initiated insolvency proceedings by filing a petition Under Section 9 of the Code.

The National Company Law Tribunal (hereinafter called ‘NCLT’) rejected the petition holding that Section 9(3) (c) of the Code was not complied with as the certificate required to accompany application under Section 9 was omitted. It therefore dismissed the application for non-compliance of mandatory provision as laid under Section 9 (3) (c) of the Code. The NCLT also acknowledged the dispute raised by the reply to the statutory notice sent under Sections 433 and 434 of the Companies Act, 1956 and therefore, under Section 9(5) (ii) (d), the application would have to be dismissed. The National Company Law Appellate Tribunal (hereinafter referred as ‘NCLAT’) reaffirmed and upheld the grounds of dismissal as held by NCLT. NCLAT further held that an advocate/lawyer cannot issue a notice under Section 8 on behalf of the operational creditor

Supreme Court has relied on the recent judgement of Mobilox Innovations Private Limited v. Kirusa Software Private Limited[1] Civil Appeal No. 9405 of 2017, to answer the first question raised in this case that whether Section 9(1) contains the conditions precedent for initiating the Code insofar as an operational creditor is concerned. The components required to invoke the Code are:

A copy of the invoice demanding payment or demand notice delivered by the operational creditor to the corporate debtor has to be mandatory furnished by joint reading of Sections 8 and 9(1) of the Code.

Further the court held that sub-clause (c) of Section 9(3), reads that the requirement for a copy of operational creditors financial account is
certainly not a condition precedent for bringing the insolvency machinery in motion under this Code. Further the honorable court held that Section 9(3) (c) would have to be construed as being directory in nature as otherwise it would amount to a situation wherein serious general inconvenience would be caused to innocent persons, such as caused to the Appellant herein, without very much furthering the object of the Act, as has been held in the case
State of Haryana v. Raghubir Dayal 1995 SCC (1) 133, 1994 SCALE (4)1084.

Since the Code is in its natal stage, this particular judgment has become a landmark event as it has provided clarity as to the directory nature rather than mandatory nature of Section (9) (c) as well as to what is inclusive under the head of authorized person for serving a demand notice.